Christian Coalition of America President Roberta Combs is proud to declare the triumphant rollout of the first phase of the Coalition’s new online outreach efforts. Besides, she announced the Coalition’s Fall campaign named “Operation Voter Guide” to thousands of volunteers around the country who will distribute millions of voter guides for the November election. 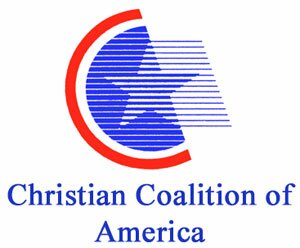 Combs said “Our new 2010 Online Outreach program is geared towards providing new online tools and applications to better enable conservatives to leverage the Internet in support of their values and spread content and activism opportunities to their friends more easily. She also added “We are also excited about our new campaign which will be distributing millions of voter guides in thousands of churches and local businesses throughout the country.” More than 100,000,000 voter guides in the last ten years have been distributed by Christian Coalition of America.

“We have surveyed and researched candidates in the most competitive races on the issues that are important to conservatives, and we’re pleased to be able to make this information available a month before the coming election.”

Combs added “Less than one month from now voters will be going to the polls all across America, and we are working to make sure that they have the facts BEFORE they cast their ballots.”

Three exciting new tools have been announced within the last month which are,

A “Donate Your Status” application for both Facebook and Twitter, allowing supporters to automatically donate their status updates on a recurring basis with messages encouraging their friends to sign up and help distribute voter guides.

Combs said “We will be announcing many more exciting additions to our program over the coming weeks. Including a new mobile app for I-Phone and Android based smart phones, a Facebook application for viewing and distributing voter guides online, and much more. It is a very exciting time.”

Christian Coalition of America is impartial political organization that functions to recognize, educate and activate Christians for effective political action.

View current “2010 Online Outreach” elements which are given in URL form: