Carl Paladino, Republican candidate for Governor of New York, has sent Racist jokes and pornographic images in emails to his friends. He became one of the first Tea Party candidates to win a Republican primary for governor, in New York 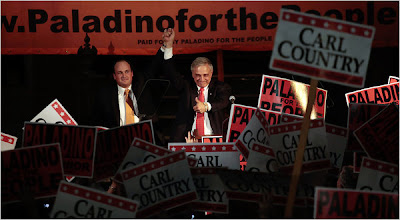 The former U.S. Congressman Rick Lazio has been defeated by Carl Paladino for upcoming governor race in New York on Tuesday Sep 14. By his attitude and a promise to dislodge the states entrenched political class, he impressed the tea party advocated and social conservatives to his favor. His ideas and strong personality, special his ideas of cutting down state tax by 10 percent in six months and reduction of state spending by 20 percent has packed more appeal. In November, Paladino will be run against New York State Attorney General Andrew Cuomo as the Democratic candidate.

Carl Paladino has a history of controversial veiws and racist jokes. On the neo-Nazi website, Stormfront, he has been sent a popular video showing African tribesmen titled “Obama Inauguration Rehearsal,” a picture of Barack Obama dressed like a pimp and Michelle Obama dressed like a prostitute, a picture of a plane crashing into a group of Africans with the title “Run Niggers Run” and recent uncovered video called “Proof The Irish Discovered Africa” featured monkeys dancing in emails. He had also sent several pornographic videos in his emails, including one of a woman having sex with a horse. Read more on tpmmuckraker.talkingpointsmemo.com 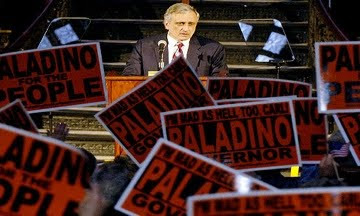 Mr. Paladino said in a halting but exuberant victory speech in Buffalo“We are mad as hell,” “New Yorkers are fed up. Tonight the ruling class knows. They have seen it now. There is a people’s revolution. The people have had enough.” The GOP has signaled that they deemed to give Paladino their full support, unlike Delaware winner Christine O’Donnell.

Even you can read more about the related story at www.buffalonews.com