An American publisher, commentator for the Washington Times, Andrew Breitbart was posted NAACP Speech video of Shirley Sherrod, Georgia director of rural development for the USDA on his conservative website Big Government, which leading to Sherrod’s resignation. Shirley was forced to resign on Tuesday because of her posted a video of a speech which gave in March. 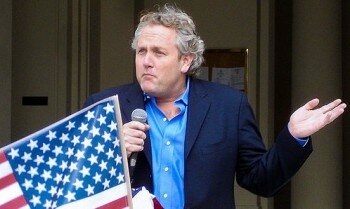 Andrew Breitbart has said that his decision to post the video “was not about Shirley Sherrod,” the African-American woman exposed in the footage talking about ethnically charged issues at an NAACP event.

Breitbart told TPMmuckraker in an interview, “I don’t have it”. Breitbart said that at first his source sent him only the edited clips, but is in the process of sending the full video.
Breitbart said that if he can get permission from the video production company who filmed it for a local NAACP chapter, he will post the full video. He also maintained that he did not edit Shirley Sherrod’s NAACP Speech video and that it was sent to him already edited.

When Breitbart posted the video in which, Sherrod says that, in 1986, she didn’t help a farmer as much as she could have because he was white. She told CNN this morning she was forced to resign immediately by her superiors in Washington. She contends that, in the March speech to a Georgia chapter of the NAACP, she was telling a story of how she got past her own prejudices.

But even if the full video shows what Sherrod says it does, Breitbart said he’s seen enough. He said, “I think the video speaks for itself. The way she’s talking about white people … is conveying present tense racism in my opinion. But racism is in the eye of the beholder.”

He also takes issue with how the audience, many of them members of the NAACP, responds positively to her comments proof, he says, of prevalent racism.

For Breitbart, it’s all a case of the pot calling the kettle black. Last week, the NAACP passed a resolution asking the Tea Party movement to repudiate racism in its ranks.

According to Breitbart and other conservatives, that’s the same as labeling the tea party racist an accusation he’s railed against for months. He claims that reports of racism at a tea party protest in the final days of the health care debate, for example, are completely fabricated.

He said, “way more evidence of racism than anything that the mainstream media and TPM and all of the rest of you Spencer Ackerman friends provided to prove that the tea party was racist.”

In the speech, given to a local Georgia chapter of the NAACP, Sherrod recounts a time when, while she was working for a land assistance fund, a white farmer came and asked her for help.

She said, “What he didn’t know while he was taking all that time trying to show me he was superior to me was, I was trying to decide just how much help I was going to give him.” She added, “I was struggling with the fact that so many black people had lost their farmland, and here I was faced with having to help a white person save their land. So I didn’t give him the full force of what I could do. I did enough.” 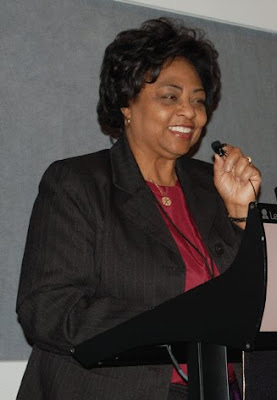 During the last year Agriculture Secretary Tom Vilsack appointed Sherrod as the Georgia director for rural development. He announced that Sherrod had resigned, saying in a statement “There is zero tolerance for discrimination at USDA, and I strongly condemn any act of discrimination against any person.” Sherrod told CNN that Cheryl Cook, the Deputy Under Secretary for Rural Development, demanded her resignation on the phone while Sherrod was on the way back to the main office from a field office by telling her she was about to be on Glenn Beck.

But Sherrod told first to the Atlanta Journal-Constitution and then CNN that her comments were taken out of context. She says that the anecdote was part of a larger story, one in which she explains how she overcame her initial prejudice.

“The story helped me realize that race is not the issue, it’s about the people who have and the people who don’t. When I speak to groups, I try to speak about getting beyond the issue of race.” she told the AJC, adding that she went on to help other white farmers.

Big Government has not posted the full speech. The Douglas, Ga., company which filmed the banquet for the local NAACP has refused to release it to TPMmuckraker. The owner of the video company, Johnny Wilkerson, says he is sending the full video to the national NAACP, and hopes to post it in full once he gets permission.

Wilkerson also said that the full speech is exactly as Sherrod described, and that she goes on to explain learning the error of her initial impression and helping the farmer keep his farm.

Sherrod worked for the Federation of Southern Cooperative/Land Assistance Fund in 1986, at the time of the incident and she held a job until she was appointed to the USDA last year. Shirley Sherrod has accomplished a number of things in her career, but she had never planned on uniting Glenn Beck and the NAACP.

Sherrod identified the white farmer as Roger Spooner. CNN today interviewed his wife, 82-year-old Eloise Spooner, who said Sherrod had helped her and her husband save their farm.

“She’s a good friend … she helped save her farm,” Spooner said, adding that Sherrod did all she could to help them. “They have not treated her right.”
At first, the national NAACP released a statement supporting Sherrod’s resignation.

President, Ben Jealous said in a statement, “Racism is about the abuse of power. Sherrod had it in her position at USDA. According to her remarks, she mistreated a white farmer in need of assistance because of his race. We are appalled by her actions, just as we are with abuses of power against farmers of color and female farmers.” The statement appears to have been removed from the organization’s web site.

The timing of the video is not release. Just last week, the NAACP passed a resolution asking the Tea Party movement to repudiate racism, a move that sent tea partiers and others on the right into a frenzy.

The video gave little sense of when everything happened, only a reference that, at the time of the incident, Chapter 12 bankruptcy had recently been enacted for family farmers. An obscure reference for many viewers, that protection was enacted back in 1986 — more than two decades before she joined the USDA. That time frame was first reported on HuffPost early Tuesday morning. While speculation raged online about a potential abuse of power, few were aware that she was working for a community organization at the time.

In the full video, the NAACP said, Sherrod makes clear that her former actions led her to a moment of revelation that skin color should not be an issue. In portions not aired by Breitbart or other media outlets, Sherrod goes on to say, “It’s not just about black people, it’s about poor people. We have to get to the point where race exists but it doesn’t matter.”

Video of NAACP Bigotry in their ranks from Youtube: