You are here: Home / OffBeat / Ys Jagan House In Bangalore


Yeduguri Sandinti Jagan Mohan Reddy is an Indian politician. Recently, he purchased White House in Bangalore which is extended about 31 acres. The cost of the house is approximately 250 crores. Ys Jagan’s House has a huge space to land helicopter. 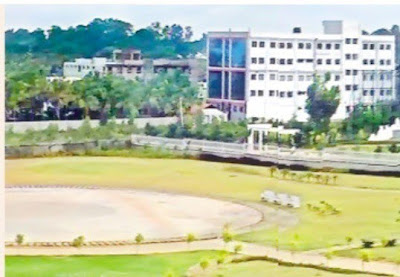 Y.S. Jagan’s Palatial House is located in Bangalore. He is one of the highest tax-payer politicians in the 2009-2010 financial year. Jagan had paid Rs 2.92 lakh tax for the entire financial year 2008-09, has paid Rs 6.6 crore advance tax in the first six months of this year, projecting a tax outgo of at least Rs 22 crore with his personal income has crossed Rs 70 crore in 2009-10.

Yeduguri Sandinti Jagan Mohan Reddy is a member of the Parliament of India, representing the Kadapa constituency. Y.S. Jagan Mohan Reddy popularly called as Jagan Anna. His political party is the Indian National Congress. He is the son of the former Chief Minister of Andhra Pradesh Late Dr. Y.S. Rajasekhara Reddy. Y.S Jagan is considered as the leader of youth in Andhra Pradesh.

Y.S. Jagan has playing a key role in Congress by molding the party cadre, especially youth, describing him as a young leader possessing leadership quality. For the rural people, he had also been taking the Government schemes. The followers of Y.S Jagan in the Congress have been performing rallies for quite some time now demanding that to take the thrust. Mr. Vivekananda Reddy (M.P) said that in view of this demand, the Chief Minister and his family members had approved his entry into politics.

Video of YS Jagan family shifted to his own house (banjarahills) from YouTube: