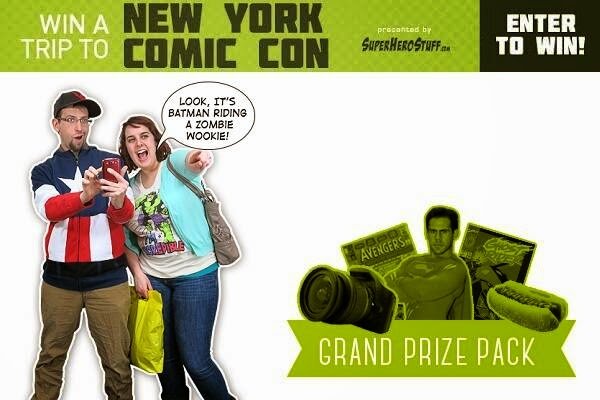 New York comic con is the largest pop culture event which is dedicated to comics, graphic novels, anime, manga, video games, toys, movies, and television. Now, SuperHeroStuff is giving away you VIP trip to New York Comic-Con through its sweepstakes which will run until the end of November. so take a part in to the sweepstakes as soon as possible and grab this golden opportunity.

It’s really easy to enter. You just need to visit winatriptocomiccon.com and submit online entry form with all mandatory details like name, address, email address, date of birth, etc.There is only one chance to get entry in to the sweepstakes. As well, the sweepstakes is open for worldwide people, so anyone can get this golden opportunity to win VIP trip to attend New York comic con event.

At the end of the sweepstakes, one grand prize winner will be selected randomly and awarded Trip for two to The 2014 New York City Comic Con. This is great chance to live it up for a weekend in Spider-Man’s hometown NYC with 100,000+ comic fans. Trip package consists of Domestic Airfare for Two, Hotel accommodations, 4-Day Passes and $200 Cash.