You are here: Home / OffBeat / Whataburger 60th anniversary‎ – Get a free burger


As a southern burger idol Whataburger celebrates its 60th anniversary yesterday. From 5 to 8 p.m. yesterday, the company hosted “Orange Night Out” at the majority of its restaurants, to thank the loyal fans of it and to mark the occasion. This offer was only for dine; the customer who came dressed in the company’s signature orange had received a free Whataburger. Whataburger Chairman and CEO Tom Dobson said in a press release, “Whataburger has been blessed with 60 years of success thanks to the loyalty of our customers, the hard work of our employees and the commitment of our Franchisees.” 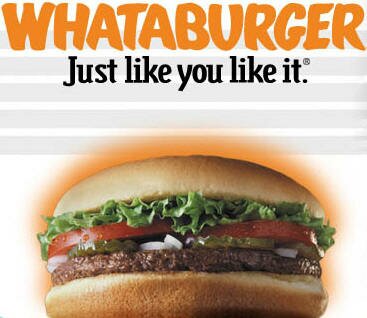 Today an online contest is offered by the southern burger chain to search its biggest fan and whose grand prize is 60 years of Whataburger, TX, a trip to the Whataburger convention in Dallas and other prizes. For entering, the contestants have to submit videos, pictures and essays that show their love to Whataburger. In 1950 Harmon Dobson opened the first roadside stand in Corpus Christi and Whataburger Restaurants LP got its start. On the first day he served 400 customers and after 60 years Whataburger is serving 460,000 customers. Nowadays Whataburger operates more than 700 locations in 10 states and garners sales of more than $1 billion a year. The restaurants are a destination for late-night dining and breakfast and most sites are open 24 hours a day, 364 days a year, besides lunch and dinner. From 25 cents in 1950 to an average $2.74 today, the price of a Whataburger has expanded.

Natalie Silva, the company’s manager of communications said “To make it easier on the winner, we’re going to award it all upfront in gift cards.” This is not the first time that Whataburger has fed the masses. To deliver over 3,400 dinners to seniors living in the San Antonio area, they partnered with Meals on Wheels in July 2010. The kindness of the fast food chain does not end there. Whataburger reunited to celebrate their 60th anniversary with the members of a 1950s little league baseball team whose photo hangs on their restaurant’s walls. Frank Thomas, former Whataburger Athletics player said, “It’s a special feeling to walk into a Whataburger, point at the picture and tell my friends and family — that’s me when I was a little boy!” He also said that “Being able to throw the first pitch and reunite with my former teammates has been a dream come true.”

Harmon Dobson, founder of Whataburger did not put his then-fledgling company name on the team jerseys; he also fed the kids burgers and shakes after each game. The picture of the boys shows them in the restaurant lined up in their uniforms, keenly awaiting their post-game meal at a Corpus Christi Whataburger. Tom Dobson, Chairman and CEO said, “Whataburger has been committed to encouraging young athletes from the very beginning, and we’re so proud to bring the guys from that great old photo back together.” He also said “As the kids used to say, it’s not whether you win or lose, it’s where you eat after the game. We are proud to have been that place for thousands of young athletes through the years.” Including the Corpus Christi Hooks Whataburger has grown its partnerships through a diversity of high school, collegiate and professional sports teams. The Whataburger Classic one of the nation’s most prestigious high school basketball tournaments has also sponsored by Whataburger.