‘Bound For Glory’ is the biggest professional wrestling pay-per-view event. It took place on October 10, 2010 at the Ocean Center in Daytona Beach, Florida. It was the 6th annual event under the Bound for Glory chronology which was produced by Total Nonstop Action Wrestling (TNA). For the Total Nonstop Action Wrestling Company, Bound For Glory is considered to be the premiere event of the year. The finals of the TNA World Heavyweight Championship tournament headlined this year. At the event, total of eight official matches were played. Check out the results and highlights of this year’s TNA Bound for Glory event. 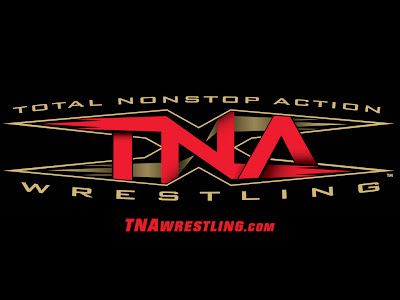 Firstly, Generation Me, Max and Jeremy Buck hit the ring and after that, the TNA Tag Team Champions enters. Alex Shelley goes off the ropes but he is tripped up but Jeremy Buck. Shelley comes back with a couple of knife edge chops, an arm drag, and a leg sweep. Generation Me’s life doesn’t last long as the Machine Guns hit a double suicide dive. The MCMG used their “Skull and Bones” top rope splash combination finisher to win the bout.

Shelley and Sabin do some quick double team work, taking it to Max and Shelley scores a near fall after knocking Jeremy off the ring apron. By sweeping his feet out from under him, Jeremy is able to repay Shelley and tagging out to his brother. The Bucks double team Shelley for a bit by hitting a nice chestbreaker/neckbreaker combo before Jeremy locks in a rear chin lock. Shelley tries for a double foot stomp, but he eats a double team maneuver.

The back body of Sabin dropped to the floor. Crazy double team dives from Gen Me still can’t keep Shelley down for three. Guns try another double team move but it’s broken up. Max hits a blockbuster while Jeremy takes out Shelley. Jeremy is hit with a release German off the top rope and this leaves Max all alone and the Guns finish him off with Skull and Bones. At last, the Motor City Machineguns declared winner.

In Knockouts four-way match, Mickie James is the special referee. Tara and Madison Rayne hit on the ring, riding on Tara’s motorcycle. After that, the two gorgeous beauties Angelina Love and Velvet Sky enter. All four women end up in the ring. Tara loads Love up on her shoulders and hits a side slam. After that, Rayne hits a Facebuster on Love while she hits Tara with the Botox Injection. Tara tags in and gets Love across her back by her hair, hangman’s style. They do a series of reversed roll-ups that end with Tara pinning Sky with an absolutely awful roll-up, all while allegedly holding the tights.

Sky hits floating DDT on Rayne and she rolls to the apron. Sky locks in a weird type of octopus stretch, but Tara fights out and connects with a big dropkick to Sky’s face. Tara tries to suplex Sky, but Sky is able to turn around it. Tara hits an awesome side slam, but everyone takes down everyone else in turn. It goes till Sky hits jumping DDT on Rayne, and she’s attacked from behind by Tara. At the end, Tara becomes the new TNA Knockouts Champion. After the match, Mickie James knocked out Madison Rayne with a punch.

The match begins with Young telling the referee that he is the ref and putting the real ref on the apron. EY pulls the ref out of the ring and actually decides to ref the match for a bit. This match is all about the comedy. Eric whips Jordan into the ring. He tries to get Young to come in for a double team but he points to his TNA Rule Book and doesn’t. After Ink Inc hit a top rope neckbreaker on Jordan The team of Ink Inc defeated Eric Young and Orlando Jordan and gets the win. During the bout, Eric Young brought out a TNA Rule Book and stuck to the rules, even costing his own partner the match in the end.

In the beginning of the match, Douglas Williams represents Fortune while TNA X Division Champion Jay Lethal enters afterwards. By taking Lethal down to the mat, Williams tries for an arm submission right off the bat. Williams puts him right back down while Lethal tries to fight out. Lethal is successful at the first try by locking in an arm bar in the process. Williams drills Lethal with an inside-out clothesline and goes back to work with some mat work. Lethal, though, gets going with a flying forearm, a clothesline and two dropkicks. Williams rolls to the outside, but Lethal comes right out with a slingshot cross-body, taking Williams out. At last, Jay Lethal wins the match.

In the starting of the game, RVD hits a Van Daminator on Abyss but Abyss gains control. RVD chokes Abyss with his feet for a bit before dragging him over to the apron and hitting a big slingshot legdrop over the ropes and across Abyss’ throat. RVD is out on the outside and Abyss bridges a table between the apron and the guardrail on the other side. Abyss goes and hits RVD with a trash can. RVD and Abyss trade blows instantly with RVD beating on Abyss in the corner with a series of big kicks.

RVD goes to the outside and grabs a chair. He comes back into the ring with a single leg dropkick, and picks up the chair, hitting a low, chair assisted dropkick in the corner. RVD sets Abyss up for the Van Terminator, but Abyss gets up, throws the chair from halfway across the ring into RVD’s head and RVD goes crashing through the barb wire board. Abyss mocks the crowd and brings RVD into the ring. He sets the other barb wire board up in the corner and goes to throw RVD into it but RVD slips out and throws Abyss into it.

RVD looks like he’s going to the top but he instead picks up Janice. He drills Abyss right in the stomach with it. Abyss starts bleeding from the mouth as RVD goes up. He goes to the top and nails the five star frog splashes. RVD covers Abyss and gets the three counts.

The game begins with Joe and Pope, both men getting in huge shots, and Pope hitting a great flying shoulder block. Joe gets going with some strikes in the corner but Pope gets going with some of his own. Sting in and he goes after Jarrett on the apron. Pope comes back, hitting Joe with lefts and rights, but he eats a high knee when he sends Joe into the ropes. Joe goes for another but Joe catches him with an uranage as he comes in. Sting rolls to the floor and Joe pursues and they brawl.

Sting tags out to Nash, who comes in and hits a series of high knees to Joe’s gut, before following up with a series of elbows to the side of the head and Sting connects with a clothesline, taking Joe down. Sting sends Joe chest first into the barricade before heading back into the ring. Jarrett walked away, he left Joe to face the trio of Sting, Nash and Pope! Nash eventually hit his Jackknife Powerbomb finisher on Joe to get his team the win.

Ric Flair and Mick Foley start going at it as Fortune makes their way to the ring. Kazarian and Stevie Richards start off. Flair and Foley brawl a bit at ringside before all of Fortune can even get down the ramp. Kazarian and Stevie enter the cage as they will be starting things off for their teams. Kazarian gets the upper hand with a huge right hand and a series of forearms to Richards’ face. Kazarian goes to the top for a guillotine leg drop but Richards moves. Richards chops Kazarian and struts and Flair goes nuts.

Timer runs out and Tommy Dreamer comes in for EV2. Dreamer comes in and gets going. Elbow drop from the middle rope for Dreamer and then he slams Richards onto Styles. A big corner suplex spot takes all four men out and the clock hits zero again and Fortune sends in Robert Roode. Dreamer is busted open and Styles is raking his face across the cage. Roode hits a big splash to Richards, as does AJ.

Bryan Kendrick comes from out of nowhere and attacks Kazarian, knocking him off the ladder while Kazarian climbs the ladder, and almost gets to the top. Kendrick backdrops Kaz through the table, then begins meditating on top of the cage. In the ring, Dreamer hits Styles in the knee with a chair and crotches him. He grabs him and hits the Dreamer Driver onto the chair.

Eric Bischoff comes out during the bout, but then Hulk Hogan’s music is played and he appears on crutches. Bischoff takes the crutches from Hogan inside the ring and gives them to Hardy, who uses them on Anderson and Angle. Angle and Hardy attack Anderson right off the bat, beating on him in the corner, before Angle tries for a splash in the corner, and connects with the ring post. Hardy takes Anderson down with a big forearm, but Anderson comes right back with a neckbreaker, but a pin is broken up by Angle. Angle kicks at Anderson’s legs, before pounding on Anderson’s head for a bit. Angle tries to splash Anderson only to eat a big boot, but he responds with a belly to belly, although the pin is broken up by Hardy.

Hardy pounds on Angle in the corner, climbing the ropes and hitting Angle with repeated right hands, only to be stopped with a double ax handle to the back from Anderson. In a shocking main event, Jeff Hardy defeats Mr. Anderson and Kurt Angle to become the NEW TNA World Heavyweight Champion. After the match, Hogan, Hardy, Bischoff, Jeff Jarrett, and Abyss revealed they as the “they” Abyss has been talking about for weeks. Rob Van Dam comes to the ring to try and talk some sense into Hardy, but Hardy knocks him out with the TNA World Title.