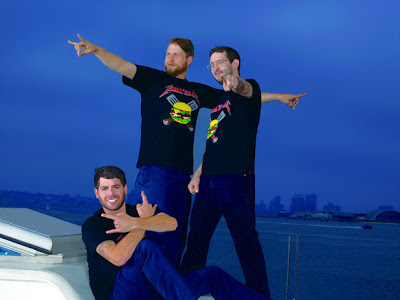 At the starting of the Food Network’s reality show, there are seven specialty food trucks participated for racing up to six weeks in various cities. The Seven teams included Austin Daily Press, Crepes Bonaparte, Grill ‘Em All, Nana Queens, Nom Nom Truck, Ragin’ Cajun, and Spencer on the Go.

The show started in the in Los Angeles aka Food Truck Central and ended in New York City. The main aim of the participated team was that to earn more money by selling their food and the more money earner team wins the competition and advances to the next city. The team also wins a round fare trip back to the city of which they won. The teams that earn lowest money and do not hold immunity they are eliminated from the competition. The final competition winner wins $50,000 grand prize. Tyler Florence hosts the show with chef and Food Network fixture.

After completing the five episodes, there were two teams remained for the final episode including Vietnamese sandwiches and tacos serving team “Nom Nom Truck” and gourmet hamburgers serving team “Grill ‘Em All”.

When the final episode start, the Nom Nom Truck faced a tough crowd outside Yankee Stadium in the Bronx and Grill ‘Em All earned their money hastily from outside a sports bar and blazed on to Queens. Then on the next day, the Nom Nom team was trying hard to convene their $500 quota before moving on and getting a break. On the other side, when Grill ‘Em All team came in Manhattan, the last of the five areas in the challenge, host Tyler Florence called to close down business for the night.