You are here: Home / OffBeat / The Game Dies in Shooting – Another fake Google Trends

The Game Dies in Shooting – Another fake Google Trends

‘The Game Dies in Shooting’ is another web trend which is just a rumour like, Justin Beiber dying, Oprah Winfrey removing her sixth toe, Russell Crowe dying and even Justin Beiber getting pregnant! With all of these false rumors, one wonders if that of the Game dying in a shooting is true or not. 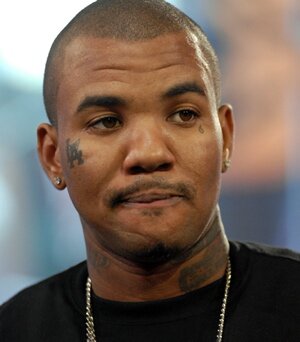 It is hard to believe that with all the celebrity death rumors going on around these days that this one might be true. According to The Game Dies in Shooting rumour the rapper, Jayceon Taylor is said to died in a shooting last night, according to several news. As the story goes, the rapper was shot in the head in an attack that took place at the Beverly Center Mall. Jayceon Taylor was quickly taken to the hospital but he later died at the Cedars Sinai Medical Center.

Game, real name Jayceon Taylor, is alive. He did not die in a shooting as has been suggested. Several keys point to this purported story about The Game being shot and killed as a fake one: The Google Trends entry contained all the hallmarks of a fake forced entry, like the task recently performed by 4Chan when a racist search term was ‘gamed’ into the number one spot.