Telstra is an Australian mobile network operator who becomes the first operator to launch a mobile broadband service using HSPA+ at 42M bps (bits per second), it said on Monday. Telstra Ultimate USB modem will be available to business customers. 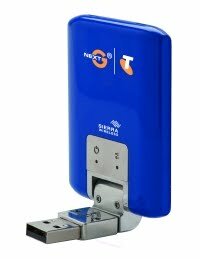 Telstra’s Ultimate USB Modem can be purchased with a number of different mobile broadband plans, including paying nothing up-front if they commit to an A$69 (US$62) monthly plan for 24 months.

The Ultimate USB Modem is built on the same dual-channel HSPA technology as an offering from rival Huawei and runs on Telstra’s Next G network.

According to Telstra, users can expect “typical download speeds ranging from 1.1M bps to 20M bps and the 42M bps performance is only theoretical, while the manufacturer of the HSPA+ (High Speed Packet Access+) equipment, Ericsson, said users can expect peak speeds of up to 30M bps.

The availability of modems holds the roll out of HSPA+ using dual carriers. To get its hands on 2,000 Sierra Wireless modems which is based on a chipset from Qualcomm has been managed by Telstra. Under the “Ultimate USB Modem” brand, Telstra will sell them to its business customers and and expects to offer the modem more widely later on current year. 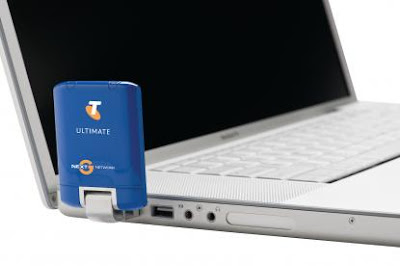 To launch mobile broadband services using HSPA+ at 42M bps, other operators are also planning but are still waiting for modems. At present, CEO at 3 Scandinavia, Peder Ramel said “I am expecting the first modems to arrive sometime in the fourth quarter.”

The Ultimate USB Modem carries the Elite’s upfront no-contract price tag ($299) and two-year plan costs and is only available to customers with an Australian Business Number. Download limits range from 120GB for $600 to 3GB for $39 which includes uploads with speeds between 300Kbps to 3Mbps. For enterprises, unlimited deals exist with roughly more than 100 staff, which Telstra hopes will be gobbled up by its large government and corporate customers using the Elite units.

Today, the entry-level plan is available but the stock is limited to 2000 devices. Though, the higher-capacity plans will be launched on 5 October.

It is still on track to achieve 84Mbps on its mobile network close to 2011/12 claimed by Telstra. Telstra said, “It will continue to invest in High Speed Packet Access (HSPA) technology in the face of superior Long Term Evolution (LTE), but admits it will have to “break out the thesaurus” when it names the successor to its latest modem.”