“The Star-Spangled Banner” is the national anthem of the United States. This charity single is recorded by American singer Whitney Houston. John Clayton conducted the musical arrangement for Whitney Houston’s rendition. Along with Houston, the recording was produced by music coordinator Rickey Minor. 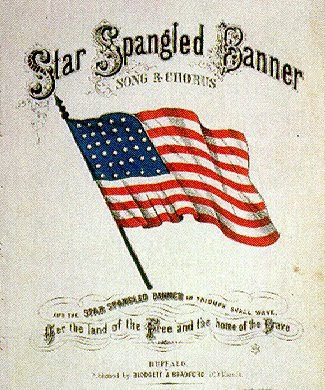 The lyrics of “the Star-Spangled Banner” are emotional and meaningful during this time of national mourning and pride. The main motto of this song is to raise funds for soldiers and families of those involved in the Persian Gulf War. The 35-year-old lawyer and amateur poet, Francis Scott Key wrote a poem “Defence of Fort McHenry” in 1814 from which the lyrics come out. The writers were inspired to make song from the bombardment of Fort McHenry by the British Royal Navy ships in Chesapeake Bay during the Battle of Fort McHenry in the War of 1812.

The writer of the single, ‘Francis Scott Key’ dedicated this poem to those warriors and soldiers who fought for their country. At first, The Army and the Navy of the United States adopted the Star-Spangled Banner as an anthem for America. It was first adopted on March 3rd, 1931 by Congress. Before the adoption of this song, a few other songs were sung as an anthem. Star Spangled Banner is accepted into the country as well as people’s everyday lives. Most of them respect it and the flag by putting their right hand over their heart while it is being played at a game or special event. One of the greatest accomplishments for America is to adopt the Star-Spangled Banner. Lyrics of Star Spangled Banner with video are as follows:

First Verse
Oh, say, can you see, by the dawn’s early light,
What so proudly we hail’d at the twilight’s last gleaming?
Whose broad stripes and bright stars, thro’ the perilous fight,
O’er the ramparts we watch’d, were so gallantly streaming?
And the rocket’s red glare, the bombs bursting in air
Gave proof thro’ the night that our flag was still there.
Oh, say, does that Star-Spangled Banner yet wave
O’er the land of the free and the home of the brave?

Second Verse
On the shore dimly seen, thro’ the mists of the deep,
Where the foe’s haughty host in dread silence reposes,
What is that which the breeze, o’er the towering steep,
As it fitfully blows half conceals, half discloses?
Now it catches the gleam of the morning’s first beam,
In full glory reflected, now shines in the stream;
‘Tis the Star-Spangled Banner, Oh long may it wave
O’er the land of the free and the home of the brave.

Third Verse
And where is that band who so vauntingly swore
That the havoc of war and the battle’s confusion
A home and a country should leave us no more?
Their blood has wash’d out their foul footstep’s pollution.
No refuge could save the hireling and slave
From the terror of flight or the gloom of the grave,
And the star-spangled banner in triumph doth wave
O’er the land of the free and the home of the brave.

Fourth Verse
Oh, thus be it ever when free men shall stand
Between their loved homes and the war’s desolation!
Blest with vict’ry and peace, may the heav’n rescued land
Praise the Pow’r that hath made and preserved us a nation!
Then conquer we must, when our cause it is just,
And this be our motto, “In God is our trust”
And the Star-Spangled Banner in triumph shall wave
O’er the land of the free and the home of the brave!