The Mona Lisa painting is one of the most mysterious pieces of artwork and the enigmatic smile remains a mystery. In the painting, the smile given by the woman has been endlessly analyzed, and the meaning behind the painting has been debated. Many secrets have been revealed to the famous Mona Lisa painting by Leonardo Da Vinci. Recently, a group of French researchers have studied seven different paintings that were created by Leonardo DaVinci, including the “Mona Lisa”, to analyze the master’s use of successive ultra-thin layers of paint and glaze — a technique that gave his works their dreamy quality. 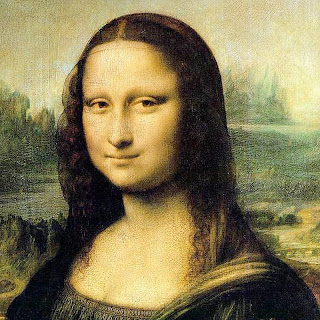 The most recent revealed secrets of Mona Lisa painting are the amount of actual time it took Da Vinci to create this masterpiece and approximately how many layers of paint were used to create the beautiful effects. Scientists from the Centre for Research and Restoration of the Museums of France unveil new crack secrets of Leonardo da Vinci’s Mona Lisa painting. They found that da Vinci painted up to 30 layers of paint on his works, with special attention to the nature of pigments or additives to meet his standards of subtlety.

Researchers found a technique, called “sfumato”, which allowed da Vinci to give outlines and contours a hazy quality and create an illusion of depth and shadow. Sfumato is the latest discovery science was able to crack from the most famous painting in the world, Mona Lisa. A technique, Sfumato uses successive ultra-thin layers of paint and glaze to achieve a dream-like quality and give a painting depth and shadow. 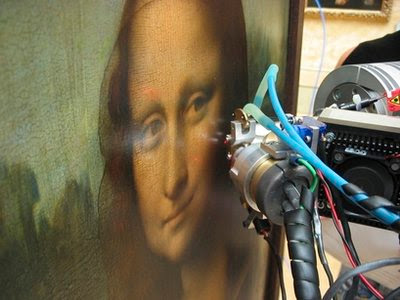 The use of this technique is well-known; however scientific study on it has been limited due to tests often requiring samples from the paintings. A noninvasive technique called X-ray fluorescence spectroscopy is used by these French researchers to study the paint layers and their chemical composition.

Researcher Philippe Walter stated that all the layers are less than 40 micrometers, or about half the thickness of a human hair. The project was developed in cooperation with the European Synchrotron Radiation Facility in Grenoble. Walter stated, “The tool is so precise that now we can find out the mix of pigments used by the artist for each coat of paint and that’s very, very important for understanding the technique.”

Mona Lisa is a sixteenth-century portrait painted in oil on a poplar panel in Florence, Italy by Leonardo di ser Piero da Vinci during the Renaissance. It is also known as La Gioconda or La Joconde. Presently, the work is owned by the Government of France and is on display at the Louvre museum in Paris under the title Portrait of Lisa Gherardini, wife of Francesco del Giocondo.

Da Vinci is known for continually trying out new methods to give a unique look to his paintings. The Mona Lisa is a very complex painting that took days, if not weeks of work for DaVinci to perfect. The research will help art historians by revealing many facts about the technique and material used by the painter, according to Philippe Walter.