You are here: Home / OffBeat / Rex Cinema Singapore is ready to reopen

IT WAS a skating rink, a church and, most recently, a nightclub. But the old Rex Cinema will soon go back to its beginnings as a movie theatre. The entertainment venue in Mackenzie Road is set to be resurrected as a film-lovers’ haunt later this year. 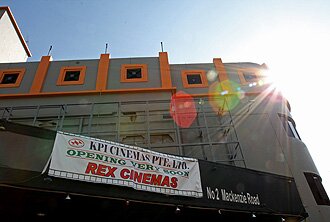 Mr Narayanasamy Muthu, owner of local film distributor Mega Movies, has teamed up with Mr Murugan Suppurayan, who runs a film distributing and exhibiting company with 10 to 15 cinemas in Malaysia, to reopen Rex Cinema.

Both are putting $1.5 million into leasing and converting the 63-year-old building into a three-hall cinema to screen English, Chinese, Malay and Tamil movies.