Rescue Me has finally returned in 2010 with a sixth season due to increased ratings for the 5th season. Rescue Me Season 6 has its season premiere on June 29, 2010. 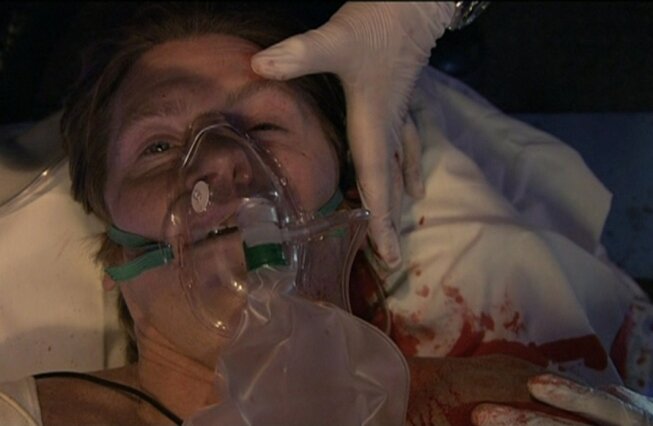 The final two seasons of Rescue Me will return the focus to Tommy (Leary) and his last shot at redemption. Season 6 will have 10 episodes, while the final season will have 9, potentially culminating with the series finale on or around the 10th Anniversary of 9/11.

Rescue Me tv show mainly follows veteran fireman Tommy Gavin (Denis Leary) and his ever troublesome family as they deal with real life issues, either with post 9/11 trauma or domestic problems. Tommy has to struggle with the loss of his cousin and best friend Jimmy Keefe, who died on September 11, 2001, and frequently visits Tommy in visions. In the pilot episode, Tommy and his wife have already separated and Tommy has moved across the street. He is ill-tempered, self destructive, hypocritical, manipulative, and a relapsed alcoholic. He has realized how much he has contributed to the breakup of his family, and constantly struggles to reconcile with them. He loves his children very much, and desires to get back together with his wife. However, despite slowly making steps toward his redemption, tragedy always seems to be right around the corner.

After viewing the first few episodes of the new season, it seems the cycle of attempted sobriety and the challenge of balancing some kind of family life with a life-threatening career will continue as the show moves further along. Maura Tierney is returning to Rescue Me to play Kelly McPhee, a love interest for Tommy. She played Kelly, a woman who rushed into a fire that the crew is fighting. Tierney was all set to appear on NBC’s Parenthood when she had to drop out after filming the pilot to undergo breast cancer treatment. She was replaced by Lauren Graham.

The Rescue Me sixth season seems to be exploring mortality even more in the wake of Tommy’s closest brush with death to date. While he tries to make sense of what he saw when he nearly died, and faces the challenging road to sobriety once again, the rest of the crew have their own issues to deal with. Tommy getting shot puts the fire department in a bad light and it seems as though the house might be shut down as a result. Also, Sean’s cancer scare may be behind him but the fact that his sickness may have been the result of excessive time spent at Ground Zero immediately after 9/11 may be something that Sean will explore more as he meets another person who’s health has been affected. Speaking of health, Lou’s weight problem and obsession with food is addressed early on in the season. Tommy’s daughter Colleen seems to have inherited her father’s love for alcohol as she turns to the drink to deal with her father being shot and nearly dying. And in an effort to help the Gavins while Tommy was in the hospital, Franco finds himself getting closer with Janet, much to Tommy’s annoyance.