You are here: Home / OffBeat / Phoebe Prince’s Suicide : Cause of death revealed

Phoebe Prince, a 15-year-old teenager committed suicide on January 14, 2010 by hanging and now the cause of death is revealed. Lately, the obtained court documents are explained that a young student, Phoebe Prince apparently committed suicide, after serious deeply bullying at school. On yesterday a former prosecutor said that the leak of private information about Phoebe Prince’s mental-health history is part of a “sick” defense strategy that could backfire against the six South Hadley teenagers charged in case of her suicide. 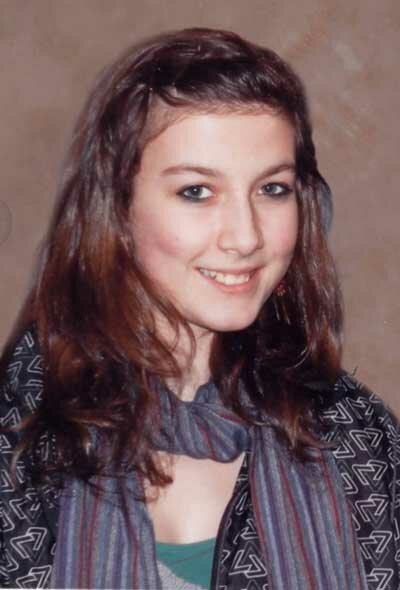 Phoebe Nora Mary Prince is full name of Phoebe Prince. She was born on November 24, 1994 at Bedford, England, United Kingdom. She was known throughout the United States and internationally when she committed suicide after suffering months of bullying from school classmates. In March 2010, a state anti-bullying task force was set up as a result of her death. The Massachusetts legislation was signed into law on May 3, 2010.

After an entire day of harassment and taunting on January 14, 2010 followed by a final incident in which a student threw a can at her from a passing car as she walked home from school. Prince committed suicide by hanging herself in the stairwell leading to the second floor of the family apartment. Her body was seen by her 12-year-old sister.

Many crude comments about her were posted on her Facebook memorial page after her death but now most of which were removed. Her parents selected to have Phoebe interred in Ireland.

According to Bazelon, Prince was depressed and troubled and she had already attempted suicide before the bullying started at Massachusetts’s South Hadley High School. While some of the teenagers accused of hounding Prince (and taunting her with slurs like “Irish slut”) were unquestionably cruel, not all of them were, says Bazelon. Is this a case of teenage evil, or an overzealous prosecutor?

The tragic suicide of Phoebe Prince was one of the events that brought cyber bullying in high schools into a hot button issue. Six kids from her high school are being charged with serious criminal offenses in relationship to her suicide, which most of the press, and the DA in South Hadley, Massachusetts, hold them and their bullying responsible for.

Who is responsible for Phoebe Prince’s Death?

Emily Bazelon of Slate.com, and investigative reporter who has been reporting on the case since the suicide in January, has come to question exactly how fair it is that to the five accused students that they’ve become, as Bazelon puts it, “international symbols of callow teenage evil.” They were kicked out of South Hadley High and Sean Mulveyhill lost a football scholarship. They all face the possibility of time in prison if they are convicted.

After extensive investigation, Bazelon has come to believe that, while some of the kids may have been cruel to Phoebe, not all of them were and that, in Bazelon’s estimation, it would have been almost impossible for the defendants to expect their actions leading to Phoebe’s death. And while that cruelty was wrong and needed to be stopped, it wasn’t necessarily the sole cause of her suicide. Slate Magazine mentions whole new articles related to Phoebe’s suicide. Emily Bazelon said:

“I’ve wrestled with how much of this information to publish. Phoebe’s family has suffered terribly. But when the D.A. charged kids with causing Phoebe’s death and threatened them with prison, she invited an inquiry into other potential causes. The whole story is a lot more complicated than anyone has publicly allowed for. The events that led to Phoebe’s death show how hard it is for kids, parents, and schools to cope with bullying, especially when the victim is psychologically vulnerable. The charges against the students show how strong the impulse is to point fingers after a suicide, how hard it is to assess blame fairly, and how ill-suited police and prosecutors can be to punishing bullies.”

Cyber bullying is really a dangerous problem that needs to be confronted. However, Bazelon’s story is a good reminder that vilifying the children who are being caught up in the problem on the bullies’ end of the spectrum is not necessarily the solution. These kids should face consequences, but they need help, not hatred. And, if Bazelon is right, some of these kid’s lives are being ruined out of the simple drive to place blame for a frighteningly unpredictable and uncontrollable tragedy on someone, not because they were even active participants in the problem. Let’s hope her work can help bring justice to this sad case, and keep six other lives from being ruined.

The Slate.com stated that Northwestern District Attorney Elizabeth Scheibel believes it is the most serious charge against five of the teenagers including Sean, Ashley Longe, Kayla Narey, Sharon Chanon Velazquez, and Flannery Mullins. Defense lawyers expect Scheibel to argue that Phoebe’s civil rights were violated because she was called an “Irish slut” a denigration of her national origin and because the bullying interfered with her right to an education. The bodily injury, the defense lawyers say, is Phoebe’s death by suicide. The maximum penalty for this charge is 10 years in prison. The teens are also charged with other crimes, including criminal harassment and stalking. All six teens have pleaded not guilty to all the charges.

On April 9, 2010, court paperwork was released giving insight into the last days of Phoebe Prince’s life and her struggles against bullies at her school that may have driven her to take her own life. According to the released documents, Prince was stalked around the school, and could not even escape into the bathrooms. The documents declare that she was suffered and pressured by classmates in front of teachers and faculty members.

On the day of her death, it is declared that her classmates Ashley Longe and Sean Mulveyhill, wrote derogatory and disparaging comments about Prince on the “sign-in sheet” at the school library, and that Mulveyhill loudly referred to her as a “whore” during a school assembly. Later on that day, after being followed by cars and tormented further during her walk home, Prince hanged her in a stairwell.

Video of Phoebe Prince Committed Suicide Because of Cyber Bullying from Youtube: