Another celebrity, Natasha Padbidri (ex-model) has committed suicide by hanging from the ceiling fan on Sunday July 11, 2010. Before just two week the same case was happened by super model Viveka Babajee who also committed suicide and ended her life. Natasha was found dead from her room at her residence in Suburban Versova Petricorn building. 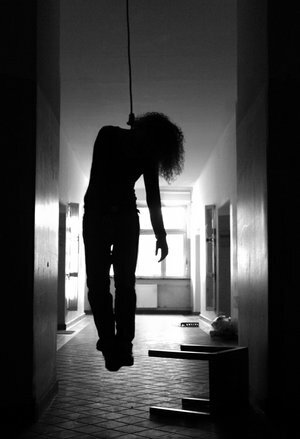 Now-a-days the suicide has become a common incident in the glam industry. The 30-year-old model, Natasha Padbidri lived on the 5th floor of the same building where her family stayed at ground floor. When her brother knocked the door several times and there was no response that time the incident came into light, police were called and her dead body was found. She had also taken to drinking and was undergoing treatment at a city hospital.

Natasha locked herself in her room and then hanged herself by her Dupatta. Her maid first saw her body hanging in her room through the keyhole and immediately informed the family members about her death.

The Assistant Commissioner of Police, Amitabh Gupta informed the media that she never responded to her family as they kept calling her in the morning. It was 10.30 AM when the maid peeped through the keyhole and found Natasha Padbidri hanging from the fan. After completing the primary investigation, the cops sent Natasha Padbidri’s body for an autopsy report.

According the reports, Natasha Padbidri was suffering from heavy depression for some time and ultimately ended her own life as the best way to get rid of it. Reportedly, Natasha Padbidri had relation with a night club owner in Bandra. Her close friend told to police that Natasha Padbidri told her that the man refused her before three days. Police said that she had left her career 8 to 9 years ago.

In her life, she never affected financially and she had not any huge success in industry. She belonged to affluent family and she herself drove a Mercedes. Her friend said to the media that Natasha Padbidri was free and candid with everyone and had good terms with the people in the industry. Many people in the fashion industry have been surprised on the death of Natasha Padbidri.

When asked to her family members, they said to police that they had dinner together on Saturday night at the ground-floor flat. After dinner she returned to her apartment. On the Sunday morning, her mother tried to call her on her mobile to come down for the breakfast, but there was no reply from her. Then her mother and two brothers went to her flat and knocked the door during the noon even though there was not any response from her after that they called a duplicate key maker and opened the door and found her hanging in her bedroom.

Police said that no suicide note has been recovered. They added that she was under treatment for depression at Bombay Hospital since 2006. Police official who is investigating the case said that he will explore all possibilities like professional failure, financial trouble or relationship problems.

Her relatives said that the authorities that she had done some small modeling assignments while being in college and since a decade she had not been professionally stable.

A police officer said, “It appears she was depressed as she wasn’t satisfied with her professional life. We are probing other angles, including a love angle and financial difficulties”.

The reason behind her suicide is not yet cleared. This is another tragedy in fashion world after Viveka Babajee suicide whose death anonymity is not yet solved and Mumbai police is confused in this second case.