Larry Schnackenberg was missing since July 8, 2010 who has been found alive. On July 8, Schnackenberg was last seen around 12:30 p.m. His family said they found his car at the park around 6:30 p.m. with his wallet, ID and cell phone inside. 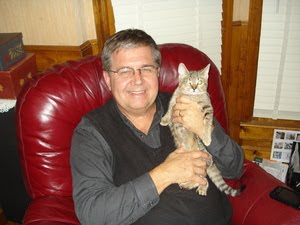 Police said, “Larry Schnackenberg, 58, has been found along a walking trail in Shawnee, Kan.” Police said “a security officer, who has known Schnackenberg for 15 years, found him on Wednesday at about 2:20 p.m. walking along a trail in the 6100 block of Barker Road.”

Master Police Officer Dan Friesen said, “He was taken to a local hospital for and it appears Schackenberg is suffering from exposure.”

Friesen said, “The Schnackenberg family and the Lenexa Police Department would like to thank the community for the heartfelt concerns and efforts to locate Mr. Schnackenberg.”

“We are happy to inform you of this positive outcome. At this time, the family is attending to Larry’s medical needs. During this time of reunion, please respect their privacy.”

Friends express joy at the news:

Family friend Jane Miramontez said “I know the family and a lot of people kept praying for a miracle, and this is a miracle. They get him back.”

Police were not sure where he has been since he disappeared July 8, more than a week before his daughter’s wedding. Lots of people helped his family voluntarily in search for him after his Ford Explorer was found at Shawnee Mission Park.

Now, police are trying to determine where he’s been and why he didn’t contact authorities or family members.

The park safety aide, Rick Reynolds, said he’d known Schnackenberg since their sons were involved in youth sports together years ago.

He said, “Schnackenberg appeared to have lost a lot of weight and had many insect bites, but otherwise seemed fine.”

Reynolds said Schnackenberg did not elaborate on his situation.

“When I found him, I talked about how happy his family was going to be,” Reynolds said. “What he was doing and what had transpired for the 20 days he was out here, I don’t know.”

In a news release, Friesen said the family and Lenexa police would like to thank the community.

“At this time, the family is attending to Larry’s medical needs,” he wrote. “During this time of reunion please respect their privacy.”