The peak of the Leonid Meteor Shower 2010 occurred from Wednesday night (17 November) until predawn Thursday (18 November). The activity of the comet Tempel-Tuttle (means material left behind the comet Tempel-Tuttle passes near Earth’s orbit during its regular trip through the solar system) takes place every year in mid-November and this is the reason of occurring Leonid Meteor Shower. At a particular time of year, increasing number of meteors is called a meteor shower. 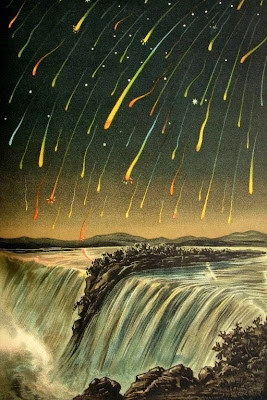 People saw the Leonids Meteor Shower 2010 in the last two or three hours before sunrise, when the moon has set because it is the best time to try see Leonids. Joe Rao, SPACE.com skywatching columnist advises, “From the time of moonset until around 5:15 a.m., when the first streaks of dawn begin to appear in the east, the sky will be dark and moonless,” and “That interval will provide you with your best opportunity to see any Leonid meteors.” According to skywatching experts, “The annual Leonids should be at their best through 18 November”, and “Avid meteor gazers graced with clear skies may see between 15 and 20 meteors per hour.”

Rao said, “If you have a lawn chair that reclines, use it during your search for Leonid meteors since it will help keep your neck from getting stiff as well as make it easier to look at the night sky.” The best place to position yourself for prime meteor peeping is shown in the map from stardate.org. 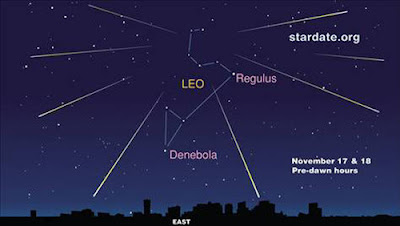