In “Today” show, 13 years old guest, Kayla Manson was invited for an interview about her boyfriend supposedly attempted to murder of her best friend. Meredith Vieira was the host of “Today” show. But perhaps the girl was not correctly informed what to say on live show so she said the offensive word “cunt” twice. A Florida girl, Kayla Manson was blamed as partner in crime after her boyfriend allegedly attempted to murder her best friend, and recalled the text messages that her friend and boyfriend exchanged previous to he attacked her. Manson said she did not see the texts where her boyfriend, Wayne Treacy, threatened to murder her best friend, Josie Ratley, but rather only ones in which they called each other names. Manson said, she saw the two text messages were “the one where she calls him a rapist, and she calls him a cunt, I mean the one where he calls her a cunt.” Meredith Vieira said, “We just have to be careful with our language, but that’s all right, sweetheart”. 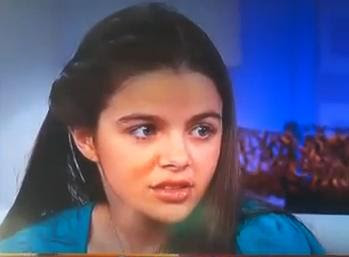 On the NBC Today Show or television in general, there are some things you can not say and the word “cunt” is one of them. Jane Fonda was the another person, who said that word and sparked an outcry several years ago. But Jane only said the word once while a 13-year-old Florida girl, Kayla Manson managed to say that offensive word twice on “Today” show.

Meredith Vieira had asked the girl, “who is accused of being an accomplice to her boyfriend’s attempted murder of her best friend, what type of texts the two were exchanging before the attack. Though Kayla Manson didn’t see texts where her boyfriend, Wayne Tracy, had threatened to kill her bff (best friend forever) Josie Ratley, she did see the text messages sent to Josie where Wayne had used the offensive words to describe her.” 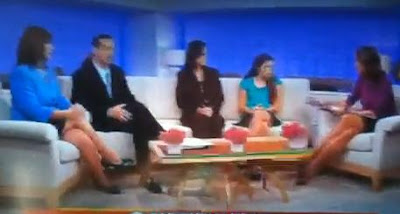 Viera: Did you she the text message where he threatened her, to kill her???
Manson: Nop
Viera: You dis not. Which ones did you see??
Manson: The one where she calls him a rapist and she call him a c**t.

Video of Kayla Manson On Today Show from youtube: