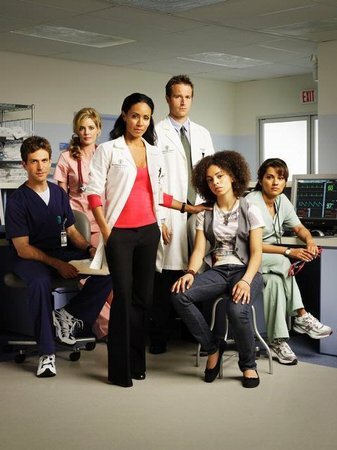 On August 10, 2009, Hawthorne TV Show was renewed for a season 2 that consisting of 10 episodes will air in 2010. The TV series cast is Jada Pinkett Smith and Michael Vartan.

“Hawthorne” is about Christina Hawthorne, who is a widowed single mother and the Chief Nursing Officer at Richmond Trinity Hospital in North Carolina, makes caretaking her life’s work. In order to achieve professional success, Christina puts everyone’s needs before her own and ready to challenge hospital administrators, heartless doctors, apathetic colleagues and even the whole medical establishment, when principles are at stake

According to a new TNT press released season two of Hawthorne features more drama and suspense than ever. The Hawthorne TV Show season 2, episode 1 title “No Excuses” aired on TNT Tuesday June 22, 2010. In this episode, Christina and Bobbie also have to work hard to solve a serious problem and after having to go to James River Infirmary things get unusual for Christina Hawthorne because something occurred at Richmond Trinity.

To deliver the best care possible, the Hawthorne is told from the point of view of nurses as they struggle against the odds. The series starring Michael Vartan (Alias) as Dr. Tom Wakefield, Richmond Trinity’s Chief of Surgery, he helped Christina’s husband during the last stages of his cancer; Suleka Mathew (Men in Trees) as Bobbie Jackson, a fellow nurse and one of Christina’s best friends; David Julian Hirsh (Lovebites) as Ray Stein, a nurse struggling with being accepted in a female-dominated profession; Christina Moore (90210) as Candy Sullivan, a nurse with a patriotic sense of duty; Vanessa Lengies (American Dreams) as Kelly Epson, who continues to find her footing as a nurse; and Hannah Hodson (TNT’s The Ron Clark Story) as Christina’s daughter Camille.

“Several Richmond Trinity doctors and nurses have been transferred to James River which is a failing hospital in terrible shape, as the second season of Hawthorne open. The Christina butt heads with the ER’s head nurse, Gail Strummer (Vanessa Bell Calloway – The District), who is extremely set in her ways. Christina is impressed, however, by the charming Dr. Steve Shaw (Adam Rayner – Mistresses), who hails from England, and the hard-working ER clerk Marcus Leeds (Collins Curtis Pennie – Half Nelson), who has his eye on Camille.”

“In this season two, Christina and Tom will try to forge a romantic relationship, especially now that he is no longer serving as Chief of Surgery and can devote more time to patient care and a private life. Bobbie will once again find herself helping out homeless mother Isabelle. Ray’s lust-hate relationship with Dr. Marshall will hit some snags over Ray’s continued feelings toward Candy, who is serving a tour of duty in Afghanistan. Kelly’s confidence as a nurse will slowly build, thanks in part to her work with a nurse (guest star Sarah Gilbert – Roseanne) who is even more insecure. Camille takes a step toward adulthood that her mother isn’t sure she’s prepared to take.”