Friday, 18 June 2010 was considered as the Happiest Day of the Year 2010. A special mathematical formula designed to measure happiness. A psychologist developed the formula, which considers several green “feel-good factors” to determine the year’s most cheery date, such as the season, likelihood of being outdoors, temperature, and connection to childhood memories. All these factors have added up, making 18 June the happiest day of 2010. Dr. Arnall explained, “The third Friday in June came out with the highest rating due to peaking factors, such as warm summer evenings outdoors, seeing friends more frequently, and excitement about holidays“. 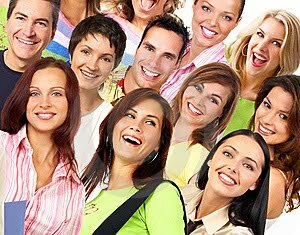 According to the Irish Examiner, “Psychologist and former Cardiff University lecturer Dr Cliff Arnall is responsible for the special “happiness equation” which determined June 18 was the date that feel-good emotion would peak.” His formula factors in a number of elements sure to get people smiling, though the equation itself looks quite complicated:

The Examiner breaks down the formula:

Put simply, a value for being outdoors (O) was added to nature (N) multiplied by social interaction (S), added to childhood summer memories (Cpm) divided by temperature (T), and added to holiday excitement (He).

Arnall said, “Particularly when the emotion is so accessible, there is no reason, however, that a people couldn’t be a bit happier all year round,” and “A person doesn’t need much to be happy,” he added, “What makes us happiest are relationships with partners, family and friends.” The Daily Express quoted Arnall as saying, “Around 20 million people will watch England v Algeria on TV, and a win would mean millions being on a high even higher than is seen among most people at this time of year”. He added, “Society is becoming more materialistic, with people wanting to keep up with the Joneses. People shouldn’t be asking ‘How much do I earn?’ but ‘How happy am I?’ The best piece of advice I can give is work less and spend more time with people you love. That will make you happiest”.