The Fremont Solstice Parade 2010 is taking place on Saturday 19th June at noon and 20 June. On the Saturday just previous to or on the Summer Solstice, this annual parade always takes place. The Fremont Arts Council (FAC), a community-based celebration arts organization hosts Fremont Solstice Parade. Diversity of backgrounds and forms of artwork are also promoted by FAC. With fabulous street theater, public spectacles, and more, they celebrate their main annual event, the longest day of the year. For the Venezia Solstizio ensemble, you can help by creating art, working on a float, meeting some neighbors, or even making a mask! Through the streets, these Venetian Carnival revelers will be dancing in fancy gowns and costumes and taking part in the Parade. The Rules of the parade: (1) no printed words or logos (2) no motor vehicles (except wheelchairs) (3) no animals (except aid animals) (4) no real weapons or fire. 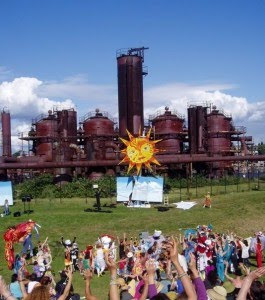 The unofficial kickoff to Saturday’s Solstice Parade is provided by Bicyclists, who are wearing body paint. For a parade, wildly popular local tradition for thousands of revelers fill the sidewalks unlike any other, where anything goes in the name of art, as long as there are no written words, animals or motorized vehicles. 20 local bands in a variety of musical styles such as Shakespeare performances and buskers of all kinds are included in the entertainment on two stages and on the streets throughout the weekend. The Cabiri Troupe, performing modern dance and storytelling, plus aerial dance and trapeze, on Sunday, new this year. Seattle Art Cars “cartists” hosts the Seattle Art Car Blowout, a display of dozens of vehicles adorned with paint, sculptures and glued embellishments for anyone with a distinctly modified vehicle. 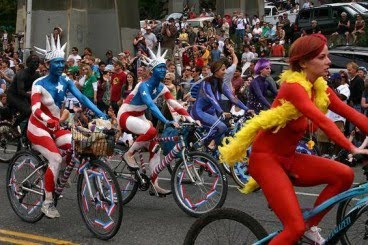 Solstice Parade: Noon Saturday, following North 36th Street, Fremont Avenue and North 34th Street, from Third Avenue Northwest to Gas Works Park. Post-parade beer garden and food vendors at Gas Works Park. There is a unique thing in this parade which attracts a lot of people and also the famous part of this Fremont Solstice Parade and that unique part is naked bicycling. People will enjoy live performances of musical bands and during the parade, these performances will be seen on three different points. In this parade, There are around 39 different bands that are participating to give their performances. Interactive sculptures is another interesting thing such as painting and sidewalk chalking. People will also enjoy seeing parking lot of Burke Building as there will be around seventy five cars that will be fully decorated. 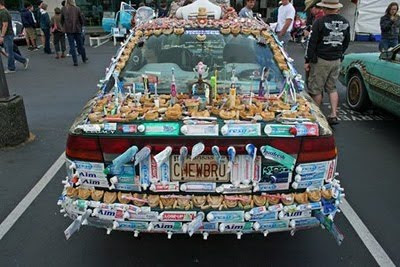