On July 26, former ESPN Producer Leah Siegel died of breast cancer about at 4.30 a.m. She was the mother of three kids. She died only at the age of 43. She was the daughter of former Washington Post reporter Myra MacPherson and the late Washington-based sports columnist Morris Siegel. Since 2008 Siegel’s battle with the disease was chronicled.

Her family wrote on the blog Monday that two observances are planned: one a traditional service this week and another lighter event in September to celebrate Siegel’s life. Times and dates have not yet been finalized.”Thank you to everyone,” Loehr wrote. “The support over the last couple of years has been amazing.” 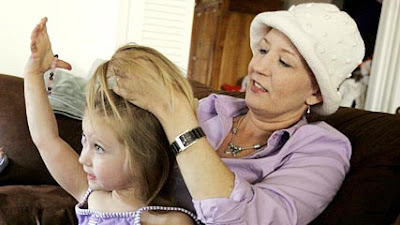 Myra MacPherson, Siegel’s mother said, “It was her way of not only dealing with something but helping others along the way. It was just miraculous, for the people who read it and for Leah.“

She was covering major events across the country. Her work won three Emmy awards. To become a full-time field producer for ESPN, Siegel was one of the first women.

Siegel grew up in Washington, D.C., studying at Maret High School, graduated from the University of Maryland and spent a year studying in Aix en Provence, France. She began her career at WRC-TV in Washington. She later married Loehr, executive vice president of business development for Landmark Clearing Inc. The couple had three children, Teagan, 5; Wyatt, 3; and Oliver, 23 months.

In August 2008, soon after the birth of her third child, Oliver, She was diagnosed with stage 4 breast cancer. Siegel also inspired dozens of her Lakewood neighborhood families to show their support in the annual Komen Dallas Race for the Cure. The group was among the top fundraising teams.

ESPN reporter Ed Werder said, “Leah loved Eric and her kids and her work. In the end, I agree with a colleague who told me today that she would rather we remember the good times rather than wallowing in sadness and dwell on our inability to fathom the damned unfairness of this sad ordeal.”

He said, “ESPN is doing a little tribute to Leah in the SportsCenter shows today… It’s a very nice touch. ESPN is among a distinguished list of people and companies that deserves a lot of credit.“