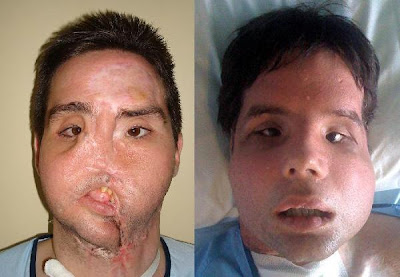 Before his jaw, nose, cheekbones, muscles, teeth, eyelids were all newly planted on his face; he had accidentally shot himself in the face. Before 5 years he was not able to eat or breathe properly when the incident happened and even after 24 hours surgery. He will need intensive physical therapy. He will be expected to regain approximately 90 percent of his functions after the therapy though.

He is the first full-face transplant patient who poses for the photographers as he attends a news conference at the Vall d’Hebron Hospital in Barcelona. He underwent the transplant in April by a 30-member medical team led by Spanish doctor Juan Barret, accidentally shot himself in the face five years ago.(Xinhua/AFP Photo).

He was seen fairly comfortable and ready to live a more normal life. This is great thing for those who have been awaiting safe procedures like this to be carried out to fix some major hindrance caused by unfortunate accidents.

Identified as Oscar thanked the donor’s family as well as doctors at the Vall d’Hebron University Hospital where his surgery was conducted, reported the Associated Press. he told U.K. newspaper the Daily Telegraph, speaking with much difficulty, “I’m very happy to be here and I wanted to express my gratitude to the hospital and medical team and to all donors in Spain especially the family of the man whose face I received.” He also told that he was looking forward to tasting his favorite lamb dish and going for a beer with friends.

He underwent a 24-hour-long surgery to give him the ability to function on his own again and before the operation, which factually placed an entire face on him, he was unable to eat, drink, or breathe on his own. His most of the feelings in his face back and is able to move his jaw, cheek muscles, upper eyelids, and his eyebrows. But, he is not able to close his eyes and has no feeling in either of his lips. His case is first full-face transplant ever carried out and nine partial facial transplants have been done. Dr. Joan Pere Barret, a lead surgeon of the operation, said reporters at Fox News “Everything is pioneering at the moment,” Dr. Joan Pere Barret, a lead surgeon of the operation, “We try to learn from each other.” He added “Oscar has been released from the hospital but he will need to undergo 12 months to 18 months of physical therapy to regain most of the functions in his face.”

His sister said “He is looking forward to walking down the street without having people looking at him five times, and he wants to go back and do the things that he loved like hunting and fishing. We want to have a family meal together”. His progress was described by doctors as “excellent” excepting facial swelling and minor complications. On seeing his previous surgical attempts to restore Oscar’s appearance left him with nothing but a hole where his face and mouth should have been.

Inspired by the case of Isabelle Dinoire, the French woman by whom the first partial face transplant was received the first partial face transplant in 2005 and contacted surgeons.
Dr Joan Pere Barret, headed the team of surgeons, said: “I felt for him and am incredibly proud. It was a very brave thing to face everyone today because he is a very quiet man who wants to live a normal life.”

Oscar’s 24-hour operation took two years to plan, was believed to be the first time an entire face – including the skin, muscles, teeth, lips, cheekbones and jaw – were transplanted and reconstructed, using tissue from a brain-dead donor.

Though no less than 10 facial transplants have been carried out in France, America, China and Spain, until now they have involved just part of the face. 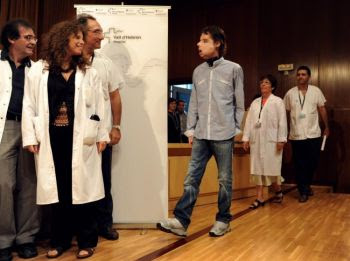 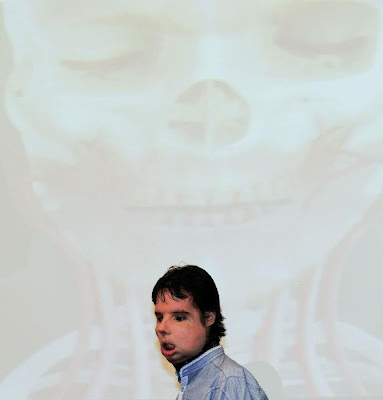 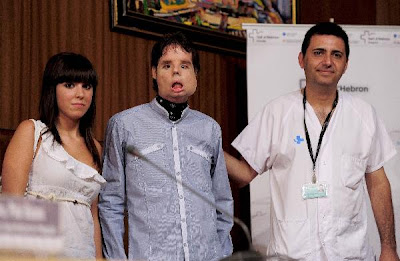 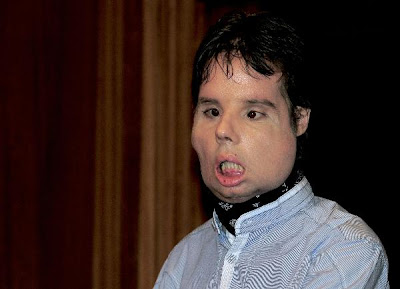 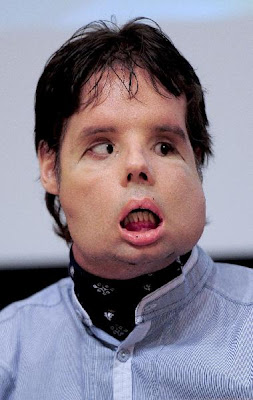