A 47-year-old domestic servant (PRT) from the Philippines finally got her reward to devote to his employer during 20 years. Quek Kai Miew, who died last year at 66, a medical doctor and philanthropist, inherited a total value of 6 million Singapore dollars, or USD 39.5 billion to his employee. 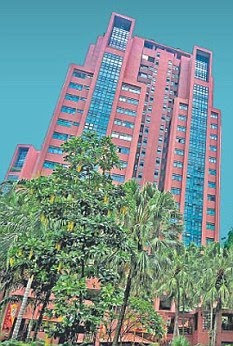 “I am most fortunate to be a maid in Singapore, with or without the money,” said 47-year-old woman, as reported by AFP on Wednesday (07/21/2010). She was rewarded by her grateful employer, a doctor, for the care she had shown him and his late mother. The windfall of the money and a luxury apartment near the Orchard Road shopping belt in Singapore came from the estate of her employer Quek Kai Miew.

Last year, the millionaires Quek, a doctor and a philanthropist died. In order to protect her privacy, her maid was identified by the report only as “Christine“. He had served the woman and her family since 1986. The maid had also taken care of the doctor’s late mother, and was told that she would be a recipient of her employer’s will when it was drawn up in 2008. The maid refused to be named in public for fear of possible threats to her life in the impecunious Philippines, where wealthy people have been kidnapped for ransom and some killed by their abductors.

The maid recalled, “There were no secrets between us. I was not surprised at all when she told me how much I was going to get“. “Christine” was devastated when Quek died a year ago, as the two were inseparable, and temporarily moved in with the doctor’s nephew for solace. “It was heartbreaking for me as I saw more years with Doctor Quek than with my own mother. I would break down every time I thought about her. I could not be by myself,” she said.

“I was always beside her. Wherever she went, I was with her.” The maid, who is now applying for permanent residency in Singapore, said her newfound wealth had not changed her lifestyle. “I do not really think much about the money I got. I just live my life as I did before, and not as a rich person,” the maid, dressed simply in a blouse and slacks with short-cropped hair, was quoted as saying. “I am still who I was before. I cannot behave differently because I have money now. Even my Filipino maid friends here still treat me the same.” About 200,000 foreign maids, coming from the Philippines and Indonesia, work in affluent Singapore, which has a population of five million inhabitants.