Dharun Ravi, 18-years-old of Plainsboro, New Jersey and his friend Molly Wei, 18-years-old of Princeton, New Jersey, two students of Rutgers University, have been charged in the suicide case of Tyler Clementi. Tyler Clementi, 18-years-old, committed suicide on 23rd September, 2010 by jumping off the George Washington bridge. Tyler’s car was found nearby with his cell phone and computer in it. The reason behind this suicide is streamed video of a classmate’s gay sexual encounter which is put on the Internet. 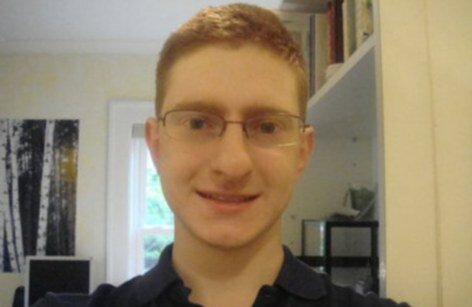 Dharun and Molly are facing two counts, one of invasion of privacy, by placing a video camera in the deceased’s room, and second for transmitting live images of the sexual activity done by Tyler. Dharun and Molly would be facing five years of imprisonment, if they are convicted of these charges. The sexual tape of Tyler was displayed on the Internet via Twitter account Dharun Ravi. Dharun Ravi told about their roommate’s sex. In his tweets, his partner had requested privacy for the evening and Dharun Ravi secretly created a camera in the room, and when he left Clementi alone in the room, he walked into the room Molly Wei and watched what was happening in his room.

Through a statement issued by a lawyer, his family confirmed Clementi had committed suicide. “Tyler was a fine young man and a distinguished musician. The family is heartbroken beyond words. They respectfully request that they be given time to grieve their great loss and that their privacy at this painful time be respected by all,” the Clementi family said. “The family and their representatives are cooperating fully with the ongoing criminal investigations of two Rutgers University students,” the statement said. 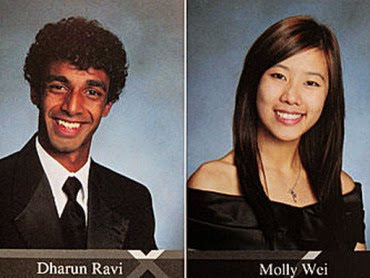 Two students were alleged with criminal’s fourth-degree crimes, which are applicable to the collection and / or viewing images depicting nudity or sexual content of a person without that person’s consent. If the images are transmitted or distributed, it becomes a third degree crime. Both Dharun Ravi and Molly Wei surrendered to police Rutgers University. On 27 September, 2010 Wei was released on bail and on 28th September, 2010 Ravi was released on bail of $ 25 000.

On 19th September, 2010 the first incident happened when Ravi set up a web cam in the room to capture Clementi and his partner after Clementi asked to have the room alone for a few hours, according to investigators. “Roommate asked for the room till midnight. I went into molly’s room and turned on my webcam. I saw him making out with a dude. Yay,” Ravi said on his Twitter page in a September 19 entry posted at 6:17 p.m., according to the New Jersey Star-Ledger.

Steven Goldstein, chairman of the gay rights group Garden State Equality, said in a statement Wednesday that his group considers Clementi’s death a hate crime. Goldstein said, “We are sickened that anyone in our society, such as the students allegedly responsible for making the surreptitious video, might consider destroying others’ lives as a sport”.