The 8-year-old Abstract Expressionist painter, Autumn de Forest has proved that some human beings are born with wonderful gift by god. As god gift, diminutive Autumn de Forest has got art of painting. She stars to draw astonishing painting without any training from teachers, and classes in just age of 4. At very little age, she regularly wins art competitions against adult painters. 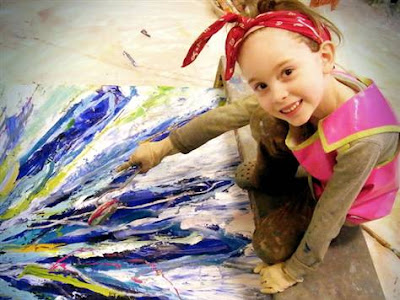 Los Angeles’ art genius, Autumn de Forest crafts all works by herself besides prep and heavy lifting. Canvases are made without help of anyone. Her family knots include a number of known and collected Twentieth Century painters including Roy De Forest (American), 1930-2007, Lockwood de Forest (American), 1850-1932 Luminist and California Plein Air Painter, and George de Forest Brush (American) 1855 – 1941.

Her mother said on the “Today” show, “At first we did think it was a fluke.”

Doug de Forest said that he was marked some wood in his garage one day when Autumn emerged to join him. He said, “She asked me if she could mess around with the brush. I turned away, I turned back – it was like a modern art masterpiece.”

First time Autumn’s works have been shown in public during the Spring and Summer of 2009. There are numerous collectors, galleries, and publishers interested in her work. He was awarded an Honorable Mention and the youngest artist ever to be accepted in the 25-year history of the Boulder City Fine Arts Festival in April.

Autumn has created oil paintings which have been sold in hundreds of thousands of dollars. Across the country, the dazzlingly colored modern art is also awarded and praised at fine-art festivals. Autumn works in her own style.

During her second festival, Autumn de Forest was won the title of “First Place – Best of Show” by beating more than 80 participated adult artists.

Afterward, Autumn was invited by Las Vegas Philharmonic to take part in a silent auction conducted through two of Las Vegas’ premiere charities for helping underprivileged kids with Art and Music resources: The Las Vegas Phil and Opportunity Village.

When she heard a conversation on the phone about the chance of participating, Autumn said that if her artwork could help other, less opportune kids with their artwork, then she completely had to be drawn in. She bestowed a full-sized superior reproduction of her large format oil painting “Sunrise” that got not just the highest bid in the whole auction; however the most bids of any other items at the auction. 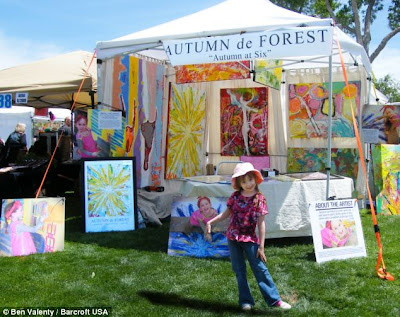 The prestigious Malibu Arts Festival invited Autumn to be the “Featured Artist” at their 38th annual celebration of Arts and Culture where 200 adult artists also participated.

Autumn mostly draws painting in the 4′ x 6′ range that can be fairly a sight to see such a little artist working on a piece that is appreciably larger than the artist. When she works, she set the painting on the ground and moves around it. For the center part of the large paintings, “bridges” that span the width and length of the canvas have been created with a minimum amount of effort. The artist can confer these bridges to focus on any part of the work.

Her paintings are not appeared like the work of someone in grade school, but her massive picture of Marilyn Monroe as a Barbie doll which seems to be inspired by the pop-master Andy Warhol.

Autumn said, “The real reason why I think he painted her is because at that time she was the best example of a sexy brand.”

Autumn explained that she loves painting; she does it everyday, as much as she can, and she is inspired by her love of painting. She said her work comes from the heart.

According to her website, the Los Angeles girl is descended as of a long streak of well-known artists including 19th-century painter George de Forest Brush, known for depictions of Native Americans, and California artist Roy De Forest.

She was appeared in the ‘Today’ Show with Matt Lauer and showed some of her work on Thursday. 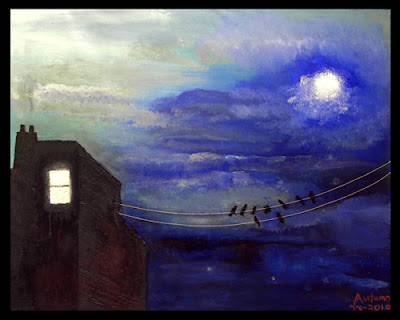 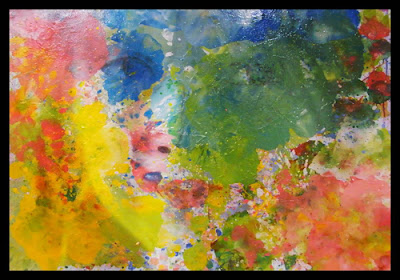 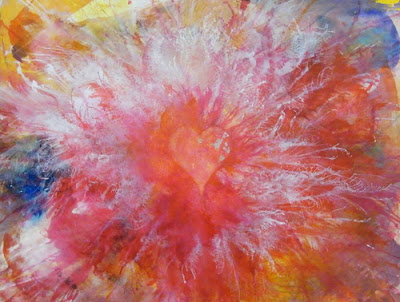 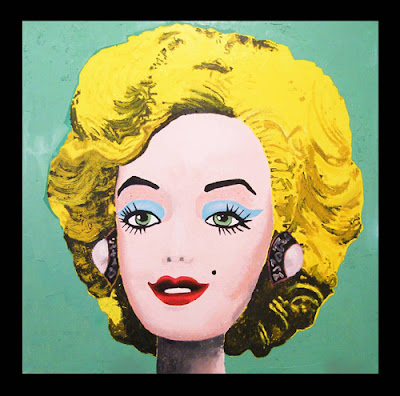