In the United States, Black Friday is celebrated a day after Thanksgiving, which is always celebrated on the fourth Thursday of November, in remembrance of the pilgrims and in order to give thanks them. The Canadian celebrate Thanksgiving on the second Monday of the October, a month earlier as autumn season starts early in Canada than in America.

The first Thanksgiving feast was continued till three days in which enough food for 53 pilgrims and 90 Native Americans served. The fowl, venison, fish, lobster, clams, berries, fruit, pumpkin, squash and turkey are included in feast.

In the US, Thanksgiving is an event for merrymaking, shopping, family reunion, feasts and family dinners as well as time to give thanks to God, for his continuous grace and for all the material possessions human enjoys. Thanksgiving Day is the time to thank your closer and loved ones and show gratitude to their kindness.

Thanksgiving Day is a family festival celebrated in US, Canada and several other countries. Lots of people waiting to this particular holiday as the most of not all, of their family members will be together for the first time in this year on Thanksgiving Day. This is happiness and catching up times on the lives of the others.

This is a right Thanksgiving tradition, which never goes out of fashion. It is traditional for families and groups of friends to get together for a large meal. This often includes a turkey, stuffing, different types of potatoes, cranberry sauce, gravy and maize and other seasonal vegetables. The meal also often includes pumpkin pie.

It generally provides a four day weekend for a lot of people. It is a holiday, which is highly anticipated as a small vacation from work or school and has excited children for years to know, which they not only get a huge meal with all the family members but also get four days of cartoons, sleeping late, and playing.

Many older people spend a holiday of simply being grateful and giving thanks for what they have achieved during the year. It is the right sense of Thanksgiving mainly when the current year has been so much better than ones past. Everyone may each be asked to share what they are most thankful for that year, when they are gathered around the table for the holiday meal. It is a real tradition in many families which is constant each year. On or around Thanksgiving Day time, the parades are held in some cities and towns. Several parades or festivities also mark the opening of the Christmas shopping season.

Upcoming Thanksgiving Day in US: 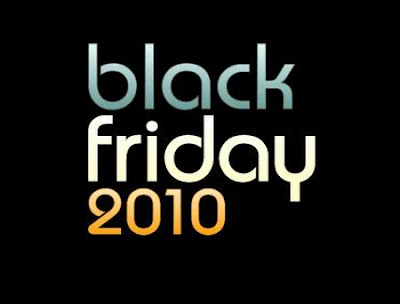 A day after Thanksgiving is Black Friday. It is one of the largest shopping days of the year. On this day, many retailers around the country discount products for opening of the Christmas shopping season. Black Friday has been celebrated since, 1966. After the Thanksgiving Day parades, Santa would show up, and the holiday shopping season would officially begin. Since the 1930, Black Friday has been the unofficial beginning of the Christmas season.

Actually, President Roosevelt enthused Thanksgiving up a week whiles the Great Depression as retailers wanted further week of shopping revenue, which thrilled retailers, but irritated shoppers, who had to change plans. Black Friday sales down 3.4% in 2008 from the year before, the first time since the National Retail Federation started tracking in 1992. The holiday sale for the 2009 year was only up .4%, to $437.02 billion and as per the NRF prediction, this year a 2.3% increases for the 2010 sale.