You are here: Home / OffBeat / Amber Dubois and Chelsea King are selected to rename Roadways

Amber Dubois and Chelsea King are selected to rename Roadways 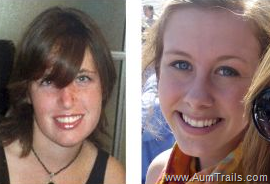 Fletcher, R-San Diego plans to introduce legislation naming an Interstate 15 bridge over Lake Hodges in honor of Chelsea and a stretch of State Route 78 near the San Diego Zoo Safari Park east of Escondido in honor of Amber.

On April 16, 2010, he pleaded guilty to their murders earlier this year and was sentenced to life in prison without parole. Amber Dubois was disappeared while walking to Escondido High School on Feb. 13, 2009. Chelsea was abducted along a path near Lake Hodges in Rancho Bernardo Community Park while out for a run and killed on Feb. 25, 2010.

He admitted to kidnapping, raping, and stabbing Amber Dubois. He also admitted dragging Chelsea King to a remote area where he raped and strangled her, and then buried the body. Amber Dubois, an animal lover, was abducted when she walked to Escondido High School in February 2009. Chelsea King was abducted from a running trail at Rancho Bernardo Community Park near Lake Hodges.

San Diego County Supervisor Bill Horn’s spokesman John Culea said “Fletcher is seeking local government support for the legislation before he introduces the bill. The state Legislature would have to approve the road name changes.”