The most famous television series Benson’s actress ‘Caroline McWilliams‘ died at age of 64 due to multiple myeloma complication. As confirmed by her family member, Mcwilliams died in her home in Los Angeles. Due to her death, the small screen has missing a familiar faces. 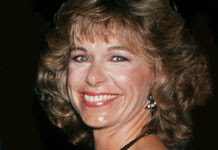 American actress, Caroline Margaret McWilliams was born on April 4, 1945 in Seattle, Washington, U.S. and she grew up in Rhode Island. She completed her graduation in 1966 with a bachelor’s degree from Carnegie Mellon University in Pittsburgh. In 1982, she got married to actor Michael Keaton. After a year of marriage, she gave born to a baby boy named Sean Douglas who is now 26 years old. Caroline Mcwilliams and Michael Keaton divorced during 1990.

In his television career, she became most famed due to her role of Marcy Hill on the television series “Benson” and “Sally” on the television series Soap. She started her career from the year 1969. She was a regular Actress on the CBS series, “Guiding Light ” as Janet Norris from 1969 until 1975 and she also appeared in a short-term role as Tracy DeWitt on the NBC soap Another World. She also had a reappearing in Beverly Hills, 90210and played the role as Jamie Walters’ mother. She continued her role as Marcy Hill opposite Robert Guillaume in Benson television series until 1981.

McWilliams also performed role onstage at the theater in “Cat on the Hot tin roof” during the year 1975 and also directing live productions. At the American Shakespeare Festival, she was also appeared off-Broadway.