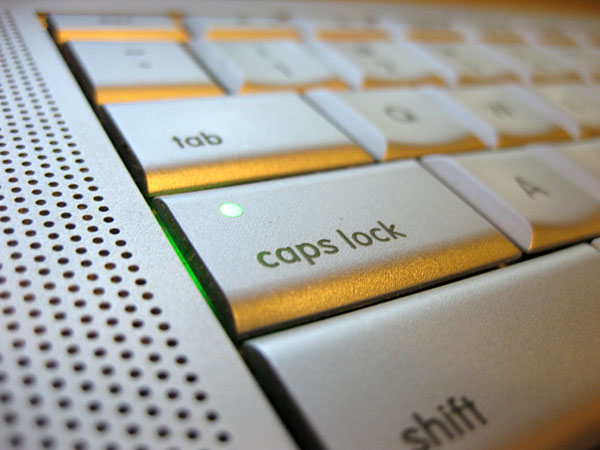 To celebrate the international Caps Lock Day, Internet users spends the whole day by writing with caps lock on. Many users celebrate as a posting potato picture. You can also celebrate this festival by using caps lock key for typing emails and tweets. While the majority of celebrants hold the proper form to celebrate the caps lock day, they cheating with their friends and relatives by just holding down the shift key rather than actually using caps lock.

Caps lock key is become a very helpful to type the text in capital format. This is available on all computer keyboards. Pressing it place an input mode in which you typed letters in uppercase by default. The keyboard leaving in caps lock mode until the key is pressed again.

“International Caps Lock Day is in fact a testament to the small mindedness of certain Western individuals: the majority of the world’s population writes in scripts which have no concept of letter casing. Therefore it is advised to laugh at anyone who invokes this day as an excuse to dismiss local typographical conventions: they are simply making an ass out of themselves.”

Caps lock day is one of the favorites day of lovers of capitalization. On this day they can come with the haters from CAPSoff and hack-a-day and pay respect to the little key that usually rage up your mark when trying to type a lower-case “a.