You are here: Home / Lifestyle / Ten Things Girls Should never Say to Guys

There are some things single girls say to their boyfriend and they are totally shut down. Many girls are left wondering whether it is a question they asked, something they said or did when their boyfriends leave without a trace. Women love to talk and what might seem like an innocent chit chat can turn out to blow out a fight so you better keep your lips sealed while you can. Understand the biology of men and then you will know why you have to watch what you say. 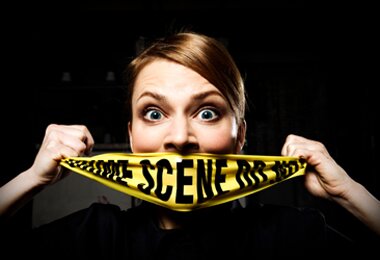 If you threatened a man his blood pressure rises, the heartbeat rate increases and the reaction might be so violent. It is important to understand that the main purpose of communication is to provoke compassion but not defense. Men express themselves in a more-action oriented manner the reason as to why your boyfriend acts the way he does. There are words that are very painful and a little re-phrasing can make a whole lot of difference about how you communicate with your boyfriend.

Whether it’s a desirable resemblance (they both always hold the door open) or a less desirable one (neither one showers often enough), your boyfriend never wants to hear that he’s anything like your ex. Ever.

You don’t want him to feel like you’re always comparing the two of them, do you? Think about it: Do you really want him to imagine that he does other things just like your ex? Doubtful. Plus, he might think you’re still hung up on your former flame.

Either way, a comment like this won’t do much for his self-esteem. So the next time you experience boyfriend deja-vu, keep it to yourself.

Remember on Sex and the City when Carrie tells Aidan that Miranda’s pregnant but that he can’t tell Steve? Remember how upset Aidan was to hear the incriminating news? Your boyfriend doesn’t want to hear information that could get him into trouble. And even if he does want to hear it, he really shouldn’t.

Don’t burden him with someone else’s secret. And besides, if he does spill the beans, your friend is going to be mad at you, not him.

It’s natural to fantasize about wedded bliss and the three kids you and your beau will one day spawn — you’re only human. And sometimes you might even entertain this fantasy very early on in a relationship. But unless you want to scare him away permanently, keep thoughts like these in your head where they belong.

Even if he himself has thought about your happily-ever-after future, he probably doesn’t want to hear it described out loud just yet. Wait until you’re sure you’re on the same page regarding marriage, kids, and the future of your relationship before you start prophesizing. A gut feeling probably isn’t good enough.

When you ask a question like this, your boyfriend knows he can’t win.

If he says “yes,” you’ll probably get jealous and upset. You might even follow up with “Is she prettier than me?” Talk about a loaded question!

Of course, if he says “no” (and she clearly is pretty), you’ll accuse him of being a liar. You’ll wonder what else he’s lying about, even as you assure him you don’t mind if he says “yes.” Pfff…as if you’re that insecure!

Has he managed to convince you that he genuinely doesn’t find her attractive at all? You’ll wonder what his bad taste says about you.

Your face says it all. So does the fact that you haven’t said a word in the past hour. And the way you snapped over the misplaced remote control isn’t hiding anything either. But when he asks if you’re okay, you say you’re fine. At this point, your boyfriend wants to tear his hair out.

Passive-aggressive behavior doesn’t help anyone. First, you miss an opportunity to actually address what’s bothering you. You also bottle up your frustrations and create new problems. By the time you actually try to tackle what’s really bothering you, you’re both too upset about too many things to have a constructive discussion.

6) “I just let one go” In a man’s mind, women only use the bathroom to re-apply their lipstick (or, at the very worst, pee). They know they’re kidding themselves, but they really don’t want any physical, verbal, or olfactory indication of the contrary.

Announcing your bodily function means he can no longer blame the dog. Suddenly, you’re one of the guys, and not in a sexy, “I watch football and drink beer but I’m still a girlie-girl” kind of way.

Sure, he’ll get over it. He may even laugh about it from time to time. But he’d still prefer that it never happened. So depending on how squeamish your guy is, you might want to wait till you’re married to be disgusting.

(Repeatedly. Even after he’s told you he really is okay.)

Sometimes we’re thrown off guard when our guy is uncharacteristically quiet. We’ll prod and probe, hoping to get to the bottom of their issue (and too often, we’re absolutely sure it’s something we’ve done). When in reality, there may not be a concrete reason at all.

Men have bad days too – they can be moody, tired, or just generally not feel like talking. They’re only human! As hard as it can be, don’t read into it too much. Give him his space and keep yourself busy until he snaps out of it.

Ask him what’s bothering him over and over again and the only honest answer will be “You.”

9) “I hate my thighs” If he didn’t find you attractive, he wouldn’t be with you in the first place. Period, end of story.

Putting yourself down in front of him makes you look insecure, and just in case you didn’t know, men really hate that (see #6). Just like women, they’re usually attracted to self-confidence and put off by its opposite.

Think about it. Would you want to be with a man who constantly talked about how much he hated his calves or how he felt like a failure in his career? Uh, no way.

In addition, you’ll draw attention to flaws that he probably never even noticed before. No one else looks as closely at your body as you do. In all likelihood, you are your own worst critic. Don’t recruit him.

Likewise for his friends, his siblings, his dad … even his dog.

If he really loves someone or something, don’t hate on ‘em. You may not get along perfectly with everyone in his life, but try your hardest to be diplomatic in your relationships with people he really cares about. Be open-minded about what he sees in them (things that may not be immediately obvious to you).

Maybe Deadbeat Dave is his oldest friend – the person he survived middle school with; the only person who stood by him when he lost his job a couple years back. Maybe despite his lack of attention to hygiene, he’s got a heart of gold.

If you love your man, you’ll trust his judgment.

And whatever you do, don’t ever make him pick a side. If it’s between you and his mom, you’ll lose every time.