You are here: Home / Lifestyle / Tall Athletes with their tiny Wives

Tall Athletes with their tiny Wives

Explore here some of the mismatch height couple. Here are some of the Tall Athletes with their tiny wives and the reason behind their long term relationships.

Height doesn’t matter for tall husband and short wife, and what matter is love for each other. Someone has said very true that don’t judge a book by its cover. Finding a perfect partner for oneself is not an easy task as nobody is perfect. To get a good companion as your life partner, certain compromises has to be made in terms of color, height or any other parameter. For the majority of the population, there is very little difference in the height of spouse, but there are such couples who are exception to this as the height of the husband is much taller than their wife. For a tall person, it becomes very difficult to find his wife as tall as he is. And they usually end up in finding a shorter woman for themselves. 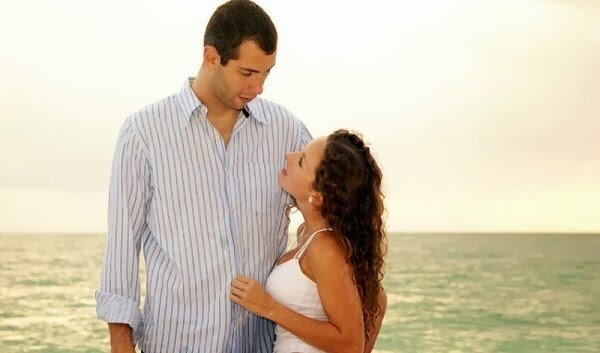 When you appear in the public together, public discussion about their wife’s height makes them very conscious. There are some of the Tall Athletes who have tiny wives. The height difference in the couple may turn many heads towards them.

Following are some of the Tall athletes with their Tiny wives:

The hot couple Joe Flacco and wife Dana is proving a good looking pair. The NFL player Joe Flacco is 6′ 6″ while the hottest wife is around 5’1″ means a huge height difference. But their height doesn’t make any difference in their relationship.

Joe Flacco is now the father of two sons. The couple know each other since they were seniors in high school, and they are in relationship since 11 years. It is a long cute love story and they finally got married in 2011.

Footballer Peter Crouch is married to the model wife Abbey Clancy. Peter is 6 ft 7 while his wife is 5 ft 9. They started dating each other since 2006 and married to each other in 2011. Peter is lucky to have one of the most stunning women as his wife. After the involvement of Peter with another girl, the relationship was about to break, however he handled it. Their first child was born in 2011.

Andrei Kirilenko is a basketball player with the height of 6’9″ while the wife is quite shorter than him. Every man desires such wife as she allows her husband to sleep with another woman for one night in one year. Russian pop-star Masha is quite intelligent in handling her husband as according to her if someone is resisted towards one thing then it is very obvious that it would definitely attract that thing. They have been married to each other for 13 years and have 2 sons.

However, husband Andrei is not interested in going with any other woman as he is happy with his short wife. So, here the short wife proves to be an intelligent wife.

Many of the fans may call Chris Bosh as a dinosaur by his look, but he seems to be very happy with wife Adrienne. Chris Bosh and his wife Adrienne met in a Charity event after which they were seen many times with each other. Chris is 6′ 11″ and his wife is 5′ 0″. Chris and Adrienne got married in 2011 and now they are proud parents of a daughter.

The American basketball player Earvin “Magic” Johnson is one of the tallest athletes with the height of 6 ft 9 and his wife Cookie almost look like a dwarf if she is standing with him. The retired Basketball player married Earlitha Cookie Kelly in 1991. Before tying the knot, they were dating each other for 12 years.

This retired Baseball player height is 6’5″ while his wife is quite smaller than him. Mark and Stephanie McGwire got married in 2002. Height does not make any difference in their relationship. The couple is blessed with two sons and triplets girls. Stephanie McGwire used to work for pharmaceutical as a sales representative and the two met through a mutual friend.

Nowadays couple lives outside Las Vegas with their Big Happy Family. And they are working together for helping the abused children.

NBA Superstar Dirk Nowitzki is 7 ft 0 and while his wife an African goddess Jessica Olsson is quite shorter than him. The couple is expecting a baby soon. The marriage with Jessica Olsson brings lots of appreciation for the player as Jessica is an African, so it is the best mix of races.

The Rock man Nikolai is a retired boxer by profession and his height is 7’0″ while his beautiful wife – Galina is just 5’2″ almost 1’8″ difference. It’s a huge difference. They had met in a friend’s birthday party in 1999 and what Galina love about his husband is creative poetry which he writes for her. They got married in 2000. Galina is enjoying life with her sweetheart husband and two children.

One of the most powerful Basketball players Kevin Maurice Garnett is blessed with one of the gorgeous woman as a wife. Although there is a huge height difference between the two, their love for each other fills that gap. Kevin is 6’11” while his wife is about 5’3″ tall. They got married in 2004. For marrying her, he had skipped one of the most important sports events i.e. Olympics.
They have a daughter and both are really concerned about their daughter and use nickname to call her daughter.

Sometime two opposite persons can make the best chemistry and same is the case with Football player Plaxico and lovely wife Tiffany Burress. The footballer is 6 ft 5 while the wife of the footballer who is also practicing attorney and a model is much shorter. They got married in 2005. They both have opposite personality as the footballer is the man with few words while his wife loves to talk. This happily married couple has two children.

The retired 7’6″ basketball player Shawn Bradley is quite happy with 5’3″ beautiful wife Annette and four young daughters and two sons. They got married in 1993. They are one of the happily married couples and they are working together for the social cause for the betterment of society.

Presently, they live in Murray, Utah. So, this unmatched height couple set an example that height difference doesn’t make any difference, but what matter is love for each other.