You are here: Home / Lifestyle / Takepart.com/thecove site awares people to stop butchery of the dolphins

Takepart.com/thecove site awares people to stop butchery of the dolphins

Takepart.com/thecove has disclosed that every year over 20,000 dolphins and porpoises slaughter at waterside of Japan. The meat of dolphins and porpoises are containing high levels of mercury which frequently sold in Japan and other parts of Asia as whale meat. There people use their meat as food. In the world most of the people are not aware about this happening so people are buying and eating this toxic meat which is very harmful for human health. Thus, Takepart.com/thecove wants to aware people for stopping butchery of the dolphins. 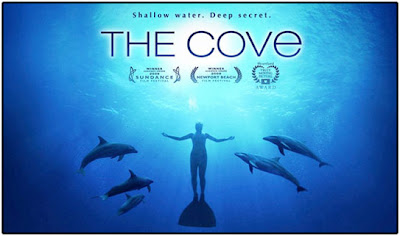 The Cove is directing a Social Action Campaign for creating worldwide awareness against the annual practice, as well as the risks of eating infected seafood with high level of mercury and to compel those in power to prevent the slaughter as soon as possible. There have practically a million people participated in the campaign. It is expected that this will stop the butchery of the dolphins and contain people from eating contaminated meats.

The TakePart community website motivates their members including citizens, activists, and large and small non-profits to connect, contribute and take action in its growing global community. The community invites to local and community groups to interact, explore issues, share resources, develop campaigns and use its platform to support the reasons which they care most about. With joining TakePart, individuals and organizations become part of a networked media hub.

The last year premiered documentary film, The Cove has been making waves. International attention on Taiji and the annual dolphin drives off the coast of Japan has been focused by critical praise and audience awards worldwide. Taiji described for a temporary ban on slaughter bottlenose dolphins under intense pressure. Due to public outcry, the film was originally rejected which was revealed at the Tokyo Film Festival. Residents in Taiji are analyzing for mercury poisoning and for the first time Japanese media are covering the topic. Almost million of people have signed on for the campaign of Takepart.com/thecove. This is just commencement of the great and environmental campaign. Due to this campaign fisherman are flustered but they have not stopped slaughter dolphins.

The latest updates on the campaign, the admirer of The Cove can get on Facebook and also joins the international community in the battle to stop the yearly dolphin drive quickly.