The Day of Atonement for Jews, Yom Kippur has begun with its opening Kol Nidrei (or Kol Nidre) “annulment of vows” on Friday evening. Yom Kippur is observed on the tenth day of Tishrei, a first month of the civil year and continues till the next nightfall. This year, the Yom Kippur falls on Saturday, 18th September. Kol Nidre is opening prayer and name for the evening service that symbols the opening of Yom Kippur. Yom Kippur is Jews’ holy day of the year. Kol Nidre and Yom Kippur’s schedule announced at Temple Israel, 850 Mount Vernon Ave. Following the Schedule for Kol Nidre & Yom Kippur is given. 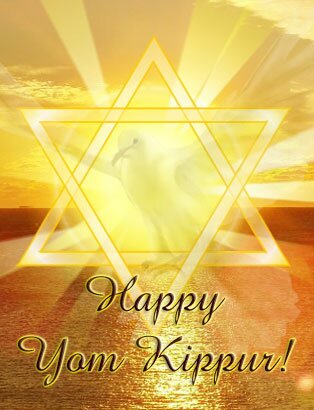 Yom Kippur is observed as the Jews’ holiest day. This holy day is a 25-hour period of fasting (for those physically able), intensive prayer, and spending most of the day in Jewish congregation or temple services. On this day, the people excludes eating, drinking, bathing, cosmetics, wearing leather (including shoes), and conjugal relations. The fasting starts a before sundown, and ends after nightfall the following day. Yom Kippur finished the annual period identified as the High Holy Days or Days of Awe.

Jewish believes that God marks each person’s fortune for the next year into the Book of Life on Rosh Hashanah (the New Year) and remains until Yom Kippur (10 days later) to close the verdict. In the Days of Awe, the Jews try to improve his or her behavior and look for forgiveness for mistake in the past year by declaring that all vows are “absolved, remitted, cancelled, declared null and void, not in force of in effect.” 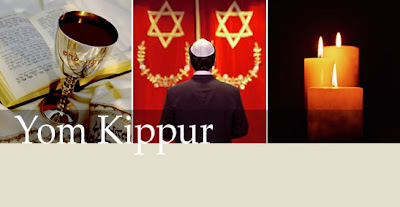 The opening prayer, Kol Nidre means “All Vows.” These vows created inadvertently through the casual use of words or vows created because a person was required to do so. This year, Kol Nidre, new student rabbi from Hebrew Union College, Cincinnati, Paul J. (PJ) Schwartz has taken on the respect and challenge of chanting this centuries old prayer.

Kol Nidre has been the theme of many vocal and instrumental musical preparations by non-Jewish and Jewish composers. Previously, numerous vocalists have recorded Kol Nidre like opera singers Richard Tucker, Robert Merrill, and Jan Peerce along with popular music singers like Perry Como and Johnny Mathis.

From the books of Deuteronomy and Leviticus, the Yom Kippur Torah portions is read and chanted on Yom Kippur. Congregant Gerald Davis reads in Hebrew from the Torah scroll and provides a phrase by phrase English translation of Deuternomy 29:9-30:20. During the portion, Moses finishes his second farewell speech to the people (Israelites) reminding them of their promise with God. Moses expects that they will eventually stray from the covenant to again worship idols, which will bring on great punishment and suffering. However eventually the people will apologize and return to Adonai (God) who will believe them with love.

Following the evening service, Kol Nidrei includes the Half-Kaddish, the Shema, the Amidah, the Al Chet confession of sins, and special additional prayers (piyyutim) that said only on the night of Yom Kippur.