You are here: Home / Lifestyle / Reasons why brunettes are better than blondes

Reasons why brunettes are better than blondes

Brunettes are said to be a better than blondes. Get some of the reasons why huge amount peoples like dazzling and charming brunettes more than blondes.

Different people have different hair colors, and sometimes hair color is important to decide identity of the person. There are some communities that are distinguished by their hair color. Brunettes are the females having dark brown hair color, while blondes are the females having yellow whitish hair color. Brown haired persons are mostly widespread in the areas of Indo-Europe, whereas Light brown shades are more common in northern and central Europe part. It’s believed that the word “brunette” is originated from the French word “brun”, which means brown. 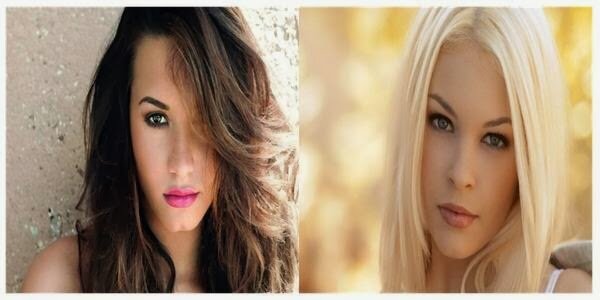 Both of them belong to the human world, but there are various factors that make them distinctive in their own ways. The different hair colors have their own meaning, even personality of a person can be judged based upon their own hair color. It has been heard for many years that the blonde girls have more fun than the brown haired brunettes. While the new study by Garnier says that the brunettes have the healthy life and they are smarter than blondes. Compared to the yellow whitish hair colored blondes, the dark haired brunettes get high rank in every field, from the office to their bedroom. There are many brunettes in the world of acting and they are noted exceptionally good. They are even satisfied and proud to be the brunettes. There are various studies carried out for testing people’s opinion about the women with blonde and brunette hair. Always there is a conflict between the blondes and brunettes, saying which one is better? Let’s know some of the reasons about why brunettes are said to be better as compared to the blondes.

Reasons why brunettes are better than blondes:

Blondes are mainly said to be dumb and stupid. In the survey, 75 percent believed that brunettes are most intelligent and they gave blondes significantly lower ratings than brunettes. They appeared to be smarter and talented upon the first meeting. The cosmetic line, Garnier found that females with dark hair can earn salary of more than $65,000 in a year. This revealed that they are more likely to get the top jobs. Research has also shown that Brunettes with the intelligence has more understanding as compared to the blondes. They are quiet, mysterious and down to earth. We can see the example of Kim Kardashian, she seems to be more intelligent than Britney Spears or Paris Hilton.

The first and important value that brunettes have is being sweet. They are girls with the loving nature and concern about the people more. It doesn’t mean that other girls are not sweet, but it has been found that more brunettes are known to have this common character and attribute. Like chocolate, brunettes also have same brown color hair, both have similar tones. So, it’s a good reason to say that they are sweet like chocolate. Brunettes are so sweet. A sweet brunette can easily win the heart of the men, so it’s a blessing to have a sweet brunette, who cares about you.

Brunettes are credible and more preferable for marriage

Blondes are easy choice; but brunettes come with a more exclusive beauty and are gorgeous – make you look twice. In the survey of 1,500 men, it is discovered that more than 60 percent of men thought that brunettes are the most trustworthy and most ideal wives. While just 14 percent of the men in this study endorsed these qualities to blondes. The brunettes are the best choice for men, when it comes to marriage because they think that brunettes have strong relationship in marriage. They also think that brunettes are more caring, more proficient at keeping house clean, take better care of their appearance and also make better foods. Brunettes are said to be the best mothers and wives. Men, no longer prefer blondes saying that they felt most successful with a stunning brunette in their arms. Statistics have shown that most men go out with blondes, but they do not marry them.

Brunettes are faster to get ready

A research with more than 3,000 participants showed that on an average, brunettes get ready 60 min faster than blondes. Brunettes spend approximately 66 minutes on their daily beauty routine, while blondes spend 72 minutes. 80 percent of Brunettes say “they wouldn’t be ashamed of going natural”, they are more likely to leave home without any of their hair dressing and make up. When compared to blondes, girls with brown hair spend just an hour to get ready each day and further 11 minutes for manicuring their nails. Natural blondes have more hair, but Brunettes have more melanin and pigment in their hair, which covers their scalp compared to blondes.

It’s cheap to be a brunette

Hair color is as important for girls as clothes. Every blonde girl wants to experience that how it feels to be a brunette from blonde. It might be very helpful to visit a salon to get brunette look, but there are few downsides. First, it is very expensive also you have to spend lots of time to become a brunette from the blonde. Brunettes look classy by nature, so they do not need to dye their hair to look beautiful. With dark brown color, they always look bold and beautiful. So if you are a brunette, no need to worry about the roots.

Brunettes are beautiful and classy

The brunettes are much more respectable for the brown-hair, while blondes have to control the attention of the media. The brown colored hair makes them look bold and classy and helps gaining attention of the people. Brown hair is linked with the self awareness and confidence, these positive qualities show how other behave towards them and a sense of assurance. Most of the brown haired females are stunning and gorgeous. However, this is all about the personal preferences of men. A man loves to be seen with women, who are very beautiful and classy. Brunette seems to have the natural beauty, while blondes are said to be artificial.