You are here: Home / Lifestyle / October 11 is Columbus Day Holiday

The second Monday of month of October is celebrated as Columbus Day every year in honor of Christopher Columbus’ arrival to the Americas, as an official holiday. On Columbus Day, federal offices, the postal service and many banks are closed in America’s some states. The celebration of Columbus Day Holiday is different from state to state. This year, Columbus Day is observed on October 11. 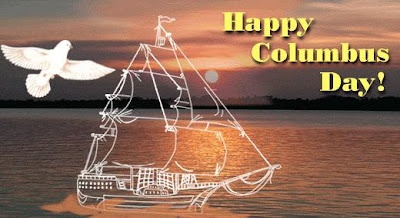 Initially, the Columbus Day was celebrated as official state holiday in Colorado in 1906, and turned into a federal holiday in 1934. Since that year the people have celebrated Columbus’ voyage. During 1792, New York and another United States celebrated the 300th anniversary of his landing in the New World. Then during the year 1892, President Benjamin Harrison declared that the people of the United States to celebrate Columbus Day on the 400th anniversary of the event. On this day teachers, preachers, poets and politicians used Columbus Day ceremony to teach ideals of loyalty.

From 1971, the day has been celebrated on the second Monday in October every year. The day in the Americas is also observed as the Día de la Raza (Day of the Race) in Latin America and some Latino communities in the USA. Throughout different country, the holiday is celebrated in various ways. However, several areas do not observe it at all, while others celebrate among parades and other festivities.

Formally, most of government-affiliated jobs and schools were closed on this day. But, the stock exchanges are open on Columbus Day, suggestion that the corporate world does not be familiar with it. The services of Pierce County Annex, including the Assessor-Treasurer’s Office and Planning and Land Services are opened on Monday.

USA people are invited to observe the anniversary of the finding of their country with church services and other activities. Most of festivities are taken place around the Italian-American community. The celebrations of New York and San Francisco are particularly remarkable. This day is not public holiday in state of California, Nevada and Hawaii. In Hawaii, Columbus Day is also celebrated as “Landing Day or Discoverer’s Day,” in South Dakota as “Native Americans’ Day,” and in Berkeley, California as “Indigenous People’s Day.”

Federal offices are mostly closed on this day and state offices are open. The county offices including Bastrop and Llano and Williamson County tax offices are closed for employee training. On other side Burnet, Caldwell, Hays, Travis and Williamson county offices remain open. The banks, savings and loans, and credit unions are mostly closed. Capital Metro and CARTS buses run as usual and Concordia University Texas is closed through Friday, and Southwestern University is closed on Monday and Tuesday for fall break. Other remaining colleges and universities’ classes are usual.

Garbage collection services are as usual, and all landfills are open. Schools of the Coupland, Dripping Springs, Eanes, Elgin, Florence, Georgetown, Granger, Hays, Hutto, Jarrell, Lago Vista, Leander, Liberty Hill, Manor, Pflugerville, Round Rock and Taylor districts is not open for a day.