In New York, a marriage can be easily ended, State legislators are making it easier. Lawmakers approved some version of no-fault divorce on Thursday, with this act, couples will be allowed to split without one of the spouses taking the blame for the marriage’s failure. New York judges can grant divorce only on the basis of cruelty, adultery, abandonment or getting sent to prison for at least three years, under the current law. When a couple file a separation agreement with both sides consent New York judges also can grant a divorce after one year of filing agreement. The new measure needs one spouse to swear under oath that the relationship has broken down irretrievably for at least six months. Property division, alimony, child custody and support would have to be resolved first. 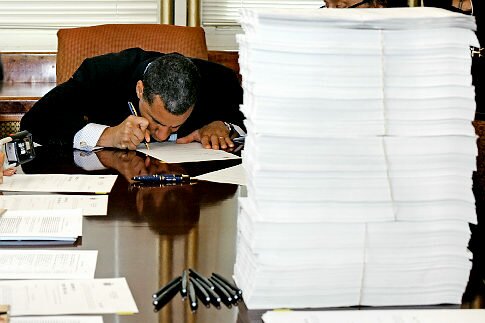 Assemblyman Jonathan Bing (D-Manhattan), the bill’s sponsor said, “It just gives another option and allows couples to divorce with dignity where right now the system forces one of the members of the couple to be a bad person”. Assembly has passed it 113-19, and Speaker Sheldon Silver believes Gov. David Paterson will sign it. A spokesman for Gov. Paterson said, “he will review it but supporters are optimistic he will sign it.” New York was the last state in the nation without some form of no-fault divorce. Catholic Conference spokesman Dennis Poust said, “It makes it easier to get out of marriage than it is to get out of a cell phone contract”.

The current system causes hardships that was argued by No-fault supporters, including the state Bar Association, because it forces couples to tolerate a one-year trial separation before divorcing – or one spouse must accuse the other of cruel treatment, adultery or abandonment. The legislation was strongly opposed by the state chapter of the National Organization for Women and the Catholic Conference. The no-fault legislation was taken up by the Assembly during a frantic, last day of session that saw dozens of bills approved, but little progress on resolving the state’s budget morass. A bill granting labor protections to domestic workers was also approved by the Legislature, and Paterson announced he would sign it.

4,700 vetoes was also signed by Paterson for items the Legislature tucked into its budget bill, which he argued contained “irrational spending.” With Paterson and Assembly Speaker, Sheldon Silver, Senate Democratic boss John Sampson vowed to continue budget negotiations. Paterson countered, “I’m not negotiating,” and “I’m going to send the vetoes.” Last month, the bill was passed in the State Senate, would also allow one spouse to divorce the other unilaterally, a change that opponents, including the Roman Catholic Church, said would lead to higher divorce rates. But advocates said, “it would end an epidemic of institutionalized perjury in divorce courts, with some spouses said to falsely testify to wrongdoing in order to get a divorce. The bill passed 113 to 19, a large margin for a measure that, when last introduced 20 years ago, had to be pulled off the floor for lack of support.”

“I’m gratified and pleasantly surprised by how broad the support was,” said Assemblyman Jonathan L. Bing, a Manhattan Democrat and lead sponsor of the bill. “Especially for lower-income individuals and victims of domestic violence, it will allow them to leave relationships that have clearly run their course. It would also give couples that want to end their marriages amicably a way to do so that they do not currently have under the law.”