You are here: Home / Lifestyle / July 4th fireworks Celebration in 2010

On Fourth of July, America celebrates its birthday so it is time to celebrate with parades, barbecues, picnics, festivals, and fireworks! 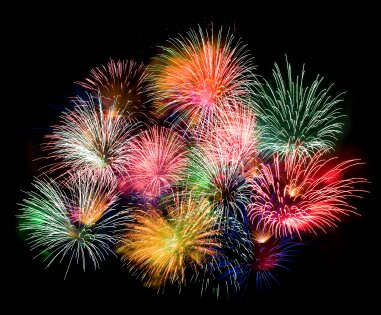 Following are some places to view fireworks or enjoy a day of celebrations:

There will be free fireworks viewing in San Jose on the San Jose State University East Field next to Spartan Stadium (10th Street and Alma – opens at 5:00 pm) or at the Soccer Fields (Alma between Senter Road and 10th Street – opens at 5:00 pm). Note that no coolers allowed on University property; in addition, tailgating will be restricted from parking lots and no alcohol allowed. Parking is $8.00 in all lots.

Fireworks will be held at approximately 9:30 pm following the All-American Country Jam.

Pancake Breakfast at 8 a.m. followed by games and entertainment throughout the day at the Pavilion along with (for a fee) a carnival area, face painting, and swimming at the International Swim Center. Bring a picnic lunch or purchase foods at the event.

Los Gatos Celebrates July 4 for the entire family, all day 11:00 am – 7:00 pm. Beginning in the morning games and activities at the Civic Center. BBQ, picnic lunches and cold drinks are available for purchase at the food court.

Water activities at Milpitas Sports Center Pools during the day; pool party 1:00 pm to 4:00 pm. Note: Space may be limited at times due to pool capacity.

Concert & Fireworks at Milpitas Sports Center Football Field; 7:30 pm (gates open at 7:00 pm); bring a picnic dinner (some food will be available for purchase). Note: There are no “in and out” privileges. No alcohol, glass bottles or dogs/animals allowed at the event. No barbecuing/tailgating in the parking lot.
9:30 pm: Fireworks.

Cupertino
Children’s Parade, Patriotic Community Sing-Along, and Fireworks Show
Daytime Program at Quinlan Community Center and Memorial Park
7:00 – 11:00 am: Pancake Breakfast (Quinlan Community Center’s Cupertino Room)
9:30 am: Line-up for the Children’s Parade (Memorial Park ball field)
10:00 – 10:30 am: Children’s Parade starting at the Memorial Park ball field and proceeding to the Memorial Park Amphitheater
10:30 am – 12:00 pm: Concert in the Park by “The Peelers”
Free Fireworks Show – 6:45 pm to 10:00 pm
The fireworks show with music and games at three different viewing locations in the city and fireworks set off from Cupertino High School at 9:30 pm. bring your picnic to Creek side Park, Hyde Middle School, or Sedgwick Elementary School.
6:45 – 9:15 pm: Music and games at all three locations. 9:30 pm: Fireworks.
Note: space is extremely limited. Streets will be closed from 6:00 pm to midnight and the city will be aggressively towing cars parking on portions of Finch Avenue, Tilson Avenue, and Miller Avenue.