You are here: Home / Lifestyle / Cryptozoology is to study about Bigfoot and such Mystry

Cryptozoology is to study about Bigfoot and such Mystry

Recently, a mountain highway symbol warns of Bigfoot that calling for extra caution on Highway 243 in Mountain Center that close to where the route branches off from Highway 74 for the last four miles up to Idyllwild. A warning of Bigfoot sign is danger comparatively the hazards depicted on Caltrans’ yellow-diamond signs, for example falling rocks, slippery turns and deer darting across mountain highways. On the mountain highway, a clever person posted the yellow, diamond-shaped warning sign as a highway cautionary alert.

Bigfoot is a creature which is also known as the monstrous Sasquatch creature. Some people believe this creature as a legend but believers are certain exists. The ape-like creature, Bigfoot is supposed to be as tall as 10 feet, weigh up to 500 pounds with thick hair covering nearly the entire body-excluding the hands and face. 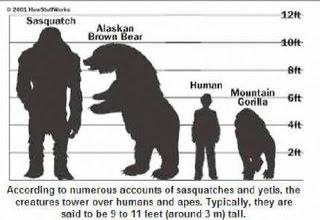 The creature is a legend that hangs on through generations and spreads throughout the land, taking root anywhere there is enough forest to shelter it in the United States and Canada. This type of creatures are studied in the circles of cryptozoology that refers to the search for animals which are considered to be legendary who people claim exist but lack any physical evidence to prove.

In 2008, two men in Georgia, Matt Whitton and Rick Dyer have found a Bigfoot creature and said they came across a 7-foot-7-inch, 500-pound corpse in the state’s north side, according to the BBC. Also, they said that they had a photo of a large, hairy creature with an ape-like face as evidence. They stored it in a freezer and announced their find the following month according to FoxNews.com. 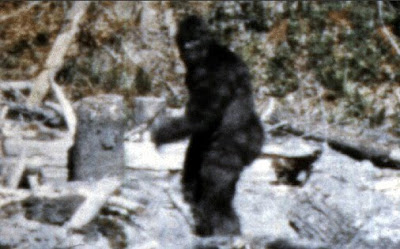 Whitton, a police officer who was on medical leaving from the Clayton County Police Department said, “Everyone who has talked down to us is going to eat their words”. As per reporting of fox, the two men had started offering weekend search expeditions in Georgia, claiming they spotted other creatures in the woods.

An Idaho State University professor, Bigfoot researcher Jeffrey Meldrum said the photos caused more doubt. He told the Scientific American magazine, “It just looks like a costume with some fake guts thrown on top for effect”.

According to the BBC report, the two men also brought DNA samples to a biologist at the University of Minnesota that they claimed. Curt Nelson, the biologist said one showed human DNA, another was inconclusive and a third was a possum.

The UK Daily Mail reported a man photographed a possible Bigfoot creature in Pennsylvania’s Allegheny National Forest in 2007. He said it looked like a primate-like animal and could be a juvenile Sasquatch after contacting to the Bigfoot Research Organization, and group member Paul Majeta.

In 1958, Children of Ray Wallace created a modern myth of Bigfoot by using carved wooden feet to stomp a track of oversized footprints at a Northern California logging camp. A few believers of Bigfoot credited Wallace with the hoax, however said it doesn’t mean the creature doesn’t exist.

Michael Wallace, one of Ray Wallace’s sons said to the Times, “This wasn’t a well-planned plot or anything. It’s weird because it was just a joke, and then it took on such a life of its own that even now, we can’t stop it.”

A Zoologist Wolf Henner Fahrenbach, who retired from the Oregon Regional Primate Research Center said, “All it means is that Ray Wallace is dead, not Bigfoot”. Also, he had claimed that he’s gotten close enough to smell Bigfoot, or at least how others have described his smell.

Dr. Matthew Johnson who is a clinical psychologist from Oregon told the Times that he looked into the eyes of Bigfoot while mountaineering with his family in the Oregon Caves National Monument. Also, he said that while Wallace may have hoaxed his footprints, “I can guarantee you that Ray Wallace was not walking around in a 9-foot Bigfoot suit in the Oregon Caves at the age of 82. What I saw was real.”