2010 Vinayagar-Chaturthi celebration has been begun in India with great loyalty and enthusiasm on today 11th September 2010. Every year the ten-day festival is observed on the fourth day of the Hindu calendar month of Bhadrapada, which falls almost in August or September, it is birthday of Lord Ganesh. Vinayagar-Chaturthi also called Ganesh Chaturthi which is this day when the God of wisdom, prosperity and good fortune, and son of Shiva and Parvati, Ganesha was born. To erect the biggest and best Ganesha idols and display race is occurred in the groups of people during this festival in India. 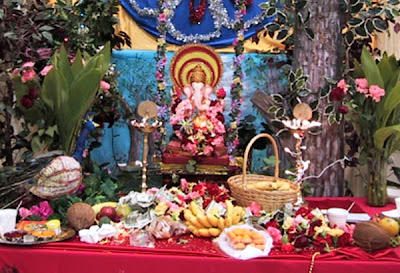 As of Vinayagar-Chaturthi, people place the beautifully formed Ganesha idols at their colorfully decorated homes or the particularly set up mandapas in every area. Earlier than the Ganesh Chaturthi, the devotees are clean-up their homes and preparing for the grand festival and decorated with lighting, mirrors and the flowers. Poojas are performed during the all days of the Chaturthi. A huge march called Dance Ganesh also occurs in the streets of Mumbai on the last day.

Before two to three months of Chaturthi, the idols artistes prepare clay models of Lord Ganesha and decorated beautifully & showed Lord Ganesh in various poses. The size of these idols may vary from 3/4th of an inch to over 25 feet. Most of the markets are stocked with essential products for the celebration of Chaturthi in India particularly in the Maharashtra state. In other states of India also celebrates with great commitment and interest including Gujarat, Goa, Andhra Pradesh, Karnataka, and Tamilnadu. Besides India, the Ganesh Chaturthi is also enjoyed such as in Sri Lanka and Nepal.

In Maharashtra, most of the idols of the Ganesha are derived from a place known as Pen in the Raigad District on the national highway-NH-17. The Ganesh idols are also supplied to other states like Delhi, Chennai and Kolkata and also to abroad countries including USA and England. The idols of Ganesha are sold along with other provisions. The cost of the idols is determined on the base of the size of the idol.

The event turn into energetic and enthusiastic with the devotional songs, dances and drum beats being a part of the march observed by the Lord Ganesha’s devotees. Ganesh Chaturthi is the celebration that involves and invites the participation of general public.

Ganesha is also known as first worshipped God of Hindu. He is the god of wisdom and success. For the fulfillment of desires, the Ganesha’s blessing is very essential. There are numerous stories in Hindu legends are connected with Ganesha, the birth of this elephant-headed god whose vehicle is the Mooshak (rat) and who loves Modaks.

According to one legend, Parvati formed Ganesha from the sandalwood dough which she used for her breathed life into him. When she went to have her bath, he stood as guard at the door. When her husband, Shiva arrived the child who had never seen him stopped him. That time Shiva became angry and severed the head of the child and went in his house. When Parvati knew that her son was dead, distraught, then she asked Shiva to revive him. So, Shiva cut off the head of an elephant and set it on the body of Ganesha.

Another legend said that one day the Gods decided to select their leader and a race was to be happened between the both brothers- Kartikeya and Ganesh for taking three rounds of the earth first would be made the Ganaadhipati or the leader. Kartikeya seated on a peacock as his vehicle and began for the test. On other side, Ganesh was provided a rat which moved quickly. Ganesh felt that the test was not easy, but he would not contravene his father. He respectfully paid obeisance to his parents and walked off around them three times and hence finished the test before Kartikeya. Ganesh said, “my parents pervade the whole universe and going around them, is more than going round the earth.” Everyone was pleasingly amazed when they heard Ganesha’s logic and intelligence; Ganesh came to be known as the Ganaadhipati or leader and first worshipped god.

The idol of the beloved God is immersed in water of rivers or seas after one, three, five, seven and ten days and the festivity concludes with the immersion and loud shouts of “Ganpati bappa morya, pudcha varshi laukar ya” (Hail Lord Ganesh, return again soon next year). Thousands of processions come on the beaches to immerse the holy idols in the sea with DJs, fire dancers, stilt walkers, lasers, lights, and thousands of revelers.

Due to the immersion of Ganesha idols in the sea or rivers, it is being most somber impact of the Ganesh festival which affected to the natural environment because the idols are made from Plaster of Paris. So the rivers and seas are polluted through Plaster of Paris. So now the State Government has requested to the people to celebrate Ganesh Chaturthi in an eco-friendly mode by using the unpainted idols. For this the Bangalore police have also declared a list of guidelines for people to observe during the festival. 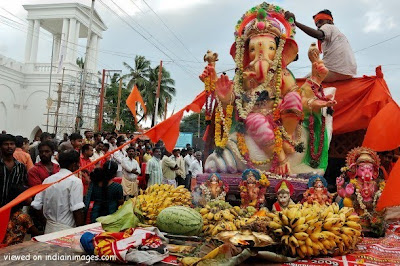 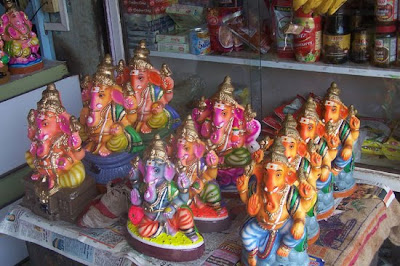 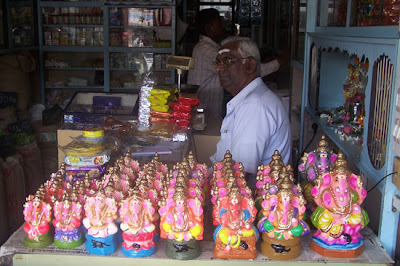 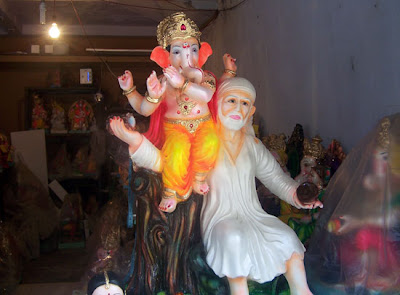 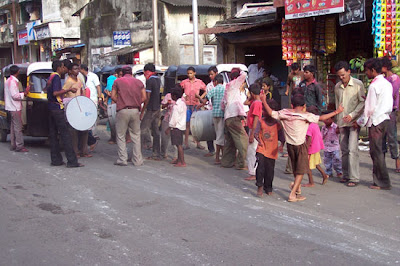 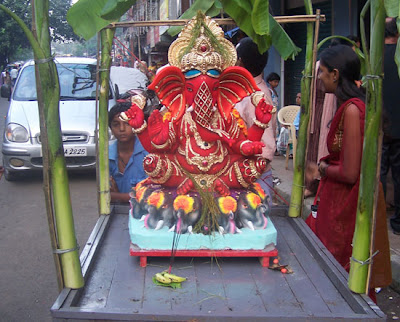 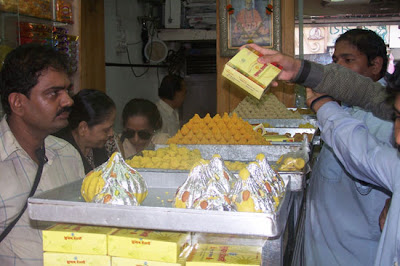 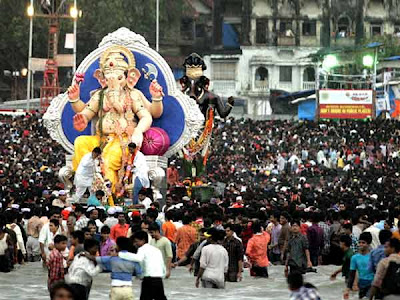