India’s most famous Ganesh idol is Lalbaugcha Raja Ganesh of Mumbai. Lastly, the day of Visarjan (immersion) is coming. One of the most important Hindu festival, Ganesha Chaturthi 2010 has now arrived at ending. Today is Anant chaturdashi day, the last day of Ganesha Chaturthi so this is a time of misery and celebration. On the last day, the idols of the Ganesh are immersed in the waterway. The Lalbaugcha Raja Sarvajanik Ganeshotsav Mandal has decorated with the new generating idea to make an air-conditioned waiting enclosure for the darshan of the Lord Ganesh. 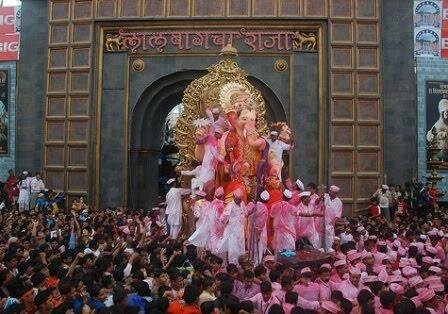 Ganesha Chaturthi is birth day of the son of Lord Shiva and Parvati, Lord Ganesha. The festival of Ganesha Chaturthi is observed with lot of devotion and enthusiasm in all the parts of India, mostly in Mumbai. Only in to Mumbai, there are more than 6000 idols of Ganesha commissioned for Ganesha Chaturthi. The Lalbaugcha Raja is Mumbai’s most popular and famous Ganesha pandal. During Ganesh Chaturthi festival, Lalbaghcha Raja is visited by lot of people. Lalbaugcha Raja Ganapathi is well-known for fulfilling the wishes of its worshipers and devotees.

Ganesha Chaturthi is also called Vinayaka Chaturthi or Vinayaka Chavithi in many parts of the country. Last year, Lalbaugcha Raja was catched the attention of many visitors. For the darshan of the Ganesha, lakhs of devotees wait for hours in queues stretching up to kilometers at Lalbaugcha Raja Sarvajanik Ganeshotsav Mandal. Following the some newest photos of Lalbaugcha Raja 2010 are given.

The Lalbaugcha Raja Sarvajanik Ganeshotsav Mandal, previously called as ‘Sarvajanik Ganeshotsav Mandal, Lalbaug’ that was originated in the year 1928, due to a vow (Navas) for building of the present Lalbaug Market at its open place. At Peru Chawl, the market place was close down in 1932. Therefore, the fishermen and vendors used to sit down in the open place vowed to Lord Ganesh for permanent place for their market. Then the constant efforts and support of the then local Councillor-Late Shri Kuwarji Jethabhai Shah, Dr. V. B. Korgaonkar, Shri.Nakhawa Kokam Mama, Bhausaheb Shinde, Dr.U.A. Rao and the local residents, the land-owner Rajabai Tayyabali was ready to give a plot for construction of a market. After fulfillment of fisherman and the traders wish, they established the Ganesh Idol on 12th September 1934. Since 1934, the Lord Ganesh from Lalbaug has become admired for fulfilling the wishes of devotees.

Ganapati Nimajjan is the conclusion day of 12-day Ganesh Chaturthi celebrations. Ganesh immersion is taken place on Anant Chaturdashi day. Usually, Ganesh Visarjan is observed on the 3rd, 5th, 6th, 7th or the 10th day of Ganesh Chaturthi. On the Ganesh immersion day, people travel to the waterfront with the large and small idols, dancing and singing in large parades.

According to official, Ganesh immersion services descended to start Wednesday with the Mumbai Police, Indian Navy and the Coast Guard providing aerial, sea and land security cover and hundreds of thousands of people gathering for the mega-religious event. Coast Guard choppers floated over the city keeping strict vigil while naval patrol boats and divers were positioned at strategic locations, including the main venue Girgaum Chowpatty. 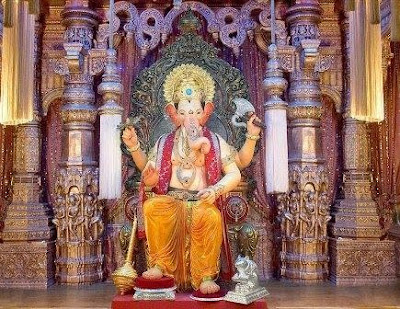 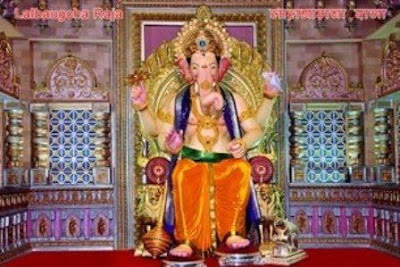 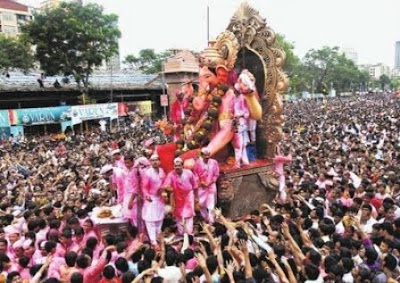 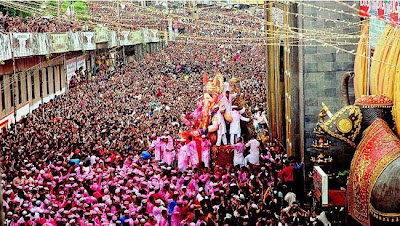 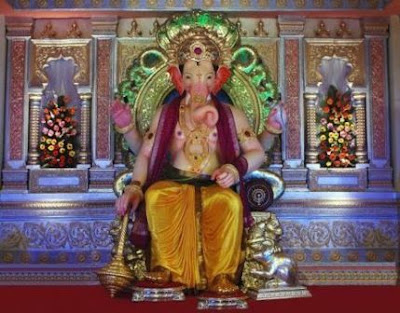 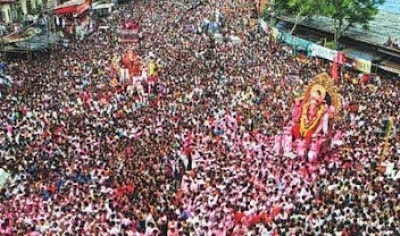 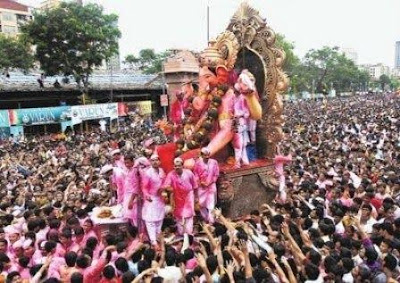 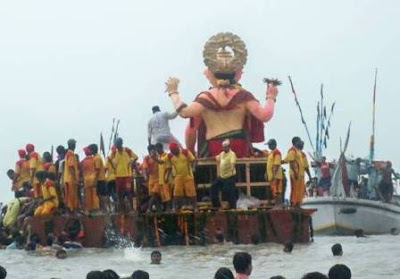