Every country has its own type of currency, as ‘Dollar’ for USA; ‘Ruble’ for Russia; ‘Yen’ for Japan; ‘Riyal’ for Saudi Arabia; ‘Rial’ for Iran; ‘Qatari riyal’ for Qatar; similarly ‘Rupee’ for India. Currency gives people power of buying. People use currency for making day to day transactions. Looking after the welfare of the monetary system, the Central Bank of India (RBI) has the sole authority to issue currency notes and coins, maintaining a better relation between rupee and other currencies. Recently RBI announced about the exchange of currency notes that are printed before 2005. Generally, the removal of the old currency notes is a standard international practice. Here, it is believed that the old currency notes had less security features compared to the notes printed post-2005. Therefore, RBI has taken this major step to restrict black money and fake currencies in India. 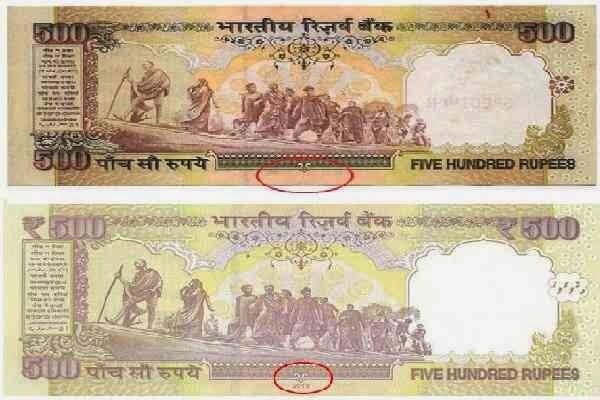 How to identify pre-2005 Currency Notes:

At present the RBI prints currency notes in the denomination of Rs. 5, Rs. 10, Rs. 20, Rs. 50, Rs. 100, Rs. 500 and Rs. 1,000. The currency notes printed pre-2005 does not have the year printed on it, while the currency notes printed post-2005 has the year of printing on it. This year is clearly printed in the middle of the bottom line on the back side of each note. So if currency note has no year of printing on the reverse side, it means that the note is printed before 2005 and requires to be exchanged with the bank as per the RBI deadline. The notes bearing the printing year indicates that it would stay in operation as they are posted after 2005.

Now one can identify the currency notes and short out the notes that requires to be changed. The press release of RBI has announced a simple procedure for exchanging currency notes. Don’t get panic because RBI has plainly stated that all old currency notes now continue legally and can be exchanged at any bank after April 1, 2014. Thus, all private and public sector banks need to create a dedicated exchange counter, from where, both account holders of that bank as well as non account holders can exchange their pre-2005 currency notes. These exchange counters would come into existence from April 1, 2014. Exchanging of more than ten pieces of Rs. 500 or Rs. 1000 would need to provide identity proof and address to the bank if one is a non account holders of that bank. In India, now there is no declaration about the lifespan of a currency note so far.

In late January, the RBI had announced that the pre-2005 currency notes will completely withdraw from circulation after March 31, 2014. Dates for exchanging currency notes have been postponed by central government till 1st January, 2015. Large number of notes has been withdrawn through the banks and now only a limited number of notes remain with the public. Banks are being advised by RBI to assist the public for exchanging pre-2005 notes for entire value. The RBI clearly stated that all people can freely continue to use these notes for any transaction related to business, daily work, etc. and promptly one can receive these notes from public in payment as it is legally accepted.