GMADA stands for Greater Mohali Area Development Authority which announced on GMADA Aerocity Mohali draw results on its official website. Eligible applicant can check their name in the list online at www.gmada.org on 13th September, 2010. 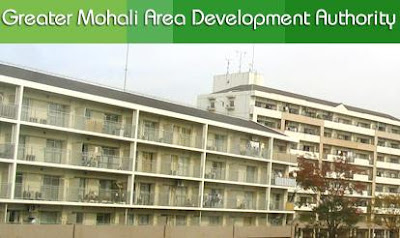 GMADA will be conducted draw for allotting 3,800 plots. Draw organized in 7 rounds at PUDA Bhawan in Sec 62. Greater Mohali Area Development Authority has provided list as Category Wise Applicant List Aerocity GMADA and Bank Wise Applicant List for Aerocity GMADA. GMADA Chief Administrator, Vivek Partap Singh confirmed the news. He said, “If all goes according to plan, we would begin the process of holding the draw of lots tentatively from September 13.” More than 3 lakh aspirants have applied for 3800 GMADA Mohali Plots which is spread across 1,000 acres in East Sector 66 and 82.

Balbir Singh Dhol, the GMADA Estate Officer said, “Since it is a cumbersome and lengthy process, it is likely to take another week or so to be completed, following which we will upload the list of applicants of our website to invite objections, if any, on the name and category of plots applied for, before going ahead for holding the draw.”

Mohali is situated to the West of Chandigarh, 18th District in Punjab, India. It is eponymous the eldest son of Guru Gobind Singh, Sahibzada Ajit Singh (SAS Nagar, or “House of Sahibzada Ajit Singh”). It together with Chandigarh and Panchkula form a part of the Chandigarh Tricity or Chandigarh Capital Region. Earlier, Mohali was the part of the Rupnagar District but in the recent years, it was carved out into a separate district. The iconic PUDA Bhawan-official headquarters of the Punjab Urban Planning and Development Authority, initiated by KBS Sidhu, an IAS officer, signifies the towering role of PUDA vice versa Mohali.

The function of PUDA of planning and urban development has been transferred to the Greater Mohali Area Development Authority (GMADA). Initially, DC Mohali had been named as its Chief Administrator, but now a separate and full-time IAS officer has been so appointed. GMADA has set up a goal of achieving a balanced development of the area by preparation of perspective plans, strengthening of infrastructure facilities and promotion of Growth Centres. GMADA intends to develop Mohali as a world city where the grass is greener, the roads wider, the air cleaner and where proactive and responsive governance is the norm.