The Chevrolet Aveo is available in two version 1.4 and 1.6 petrol engines but now GM India has launched a CNG version Chevrolet Aveo at price of Rs. 6.26 lakh. 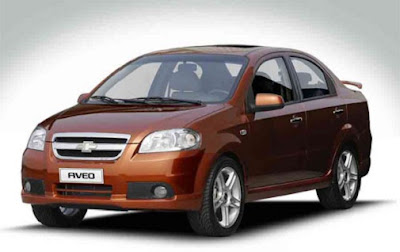 CNG is considered as a greener and very well-organized fuel. New Aveo CNG is bi-fuel vehicle with a full-size petrol tank which is also environmentally friendly car. The Chevrolet Aveo‘s competitors in the mid-size segment include Ford Fiesta, Honda City, Tata Indigo Manza and the Fiat Linea. The Chevrolet Aveo CNG is designed with next-generation computer controlled CNG injection technology from Italy. All “critical to quality” CNG kit machinery is fitted at the factory. CNG kit includes the CNG injectors, selector switch, modified wiring and suspension to ensure high-quality and trouble-free service. Sequential injection represents the most advanced level of development of CNG kit technology. The Electronic Controller Unit (ECU) computes the starting times of the injectors for each cylinder and acts separately on each gas injector with the highest precision.

GM declares that the mileage figures of close to 50 percent more than the Aveo petrol sedan and 25 per cent more than a Diesel powered car from the same segment. The Chevrolet Aveo CNG uses an Italin CNG kit. Lately GM launched the newest generation Aveo in some countries. Rumors about it were that the Indian Aveo would also acquire change in short time. GM’s other released cars include Chevrolet Cruze, Chevrolet Beat and the Spark which has also become popular in the market.

Mr. Karl Slym a president and managing director of GM said, “The launch of the Aveo CNG is a testament to the importance that GM India attaches to green technology and environmentally friendly mobility solutions. Its running cost is approximately 54 percent lower than a similar vehicle powered by petrol and 25 percent lower than a similar vehicle powered by diesel. Because of the lower operating economics and the growing number of CNG stations being built across India, this new offering is expected to appeal to both individual and fleet customers. Under normal driving conditions, the Aveo CNG has a range of 180 to 200 kilometers on a full tank of CNG and is BS IV compliant.”