You are here: Home / India / Engineer’s Day 2010 Celebration & Theme are Hot In Search

Every year, Engineer’s day is celebrated on 15th September in India. Engineer’s day is celebrated in honor of the birth of Mokshagundam Visvesvarayya who was a great Indian engineer and statesman. Sir M. V. was born at Muddenahalli village, Chikballapur Taluka in the Kolar District of present-day Karnataka, Mysore. Besides being an Ayurvedic practitioner, his father Srinivasa Sastry was a Sanskrit scholar and an authority on the Hindu scriptures. His father died when he was 15 years old. Sir M. V. completed his primary school at Chikballapur and high school at Bangalore. He took his B.A. from Madras University in 1881 and later studied civil engineering at the College of Science, Pune, now known as the College of Engineering, Pune (COEP). 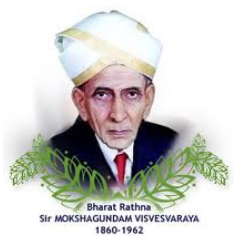 Visvesvarayya took up a job with the Public Works Department (PWD) of Mumbai. After that, he was later invited to join the Indian Irrigation Commission. An extremely intricate system of irrigation was implemented by him in the Deccan area. In 1903, a system of automatic weir water floodgates was also designed and patented by him, which were first installed, at the Khadakvasla reservoir near Pune. These gates were employed to raise the flood supply level of storage in the reservoir to the highest level likely to be attained by its flood, without causing any damage to the dam. This same system was installed at the Tigra dam in Gwalior and the Krishnaraja Sagara (KRS) dam which is based on the success of these gates in Mysore.

He wrote many books like Reconstructing India, The Vision of Prosperous India and Memoirs of My Working Life (1951). M. Visvesvarayya died on 14th April 196Many Institutions are named on his name to give him honour. List is given below:

In India, Many events and functions take place to commemorate his contribution to the society. National level organizations like The Institutions of Engineers (India) conduct meets and events on this occasion. This year, IEI is dedicating the 43rd Engineer’s Day to ‘Engineering Solutions to Combat Climate Change’ by considering global awareness on climate change and realizing Engineers’ role in economic development and environmental responsibility.

Many dams built by M. Visvesvarayya in the Bombay presidency (present day Maharashtra). The dams built by him are still functional even today, which is a testimony to his brilliance, skill, honesty and dedication. He was one who played a great role in developing technologies in India. He was the chief engineer for the project of Krishna Raja Sagara on the Kaveri River near Mysore. In 1955, M. Visvesvarayya was a recipient of the Indian republic’s highest honor, the Bharat Ratna. M. Visvesvarayya was also called the precursor of economic planning in India.

Indian Engineers and Scientists worked hard for the progress of technology. With the help of their efforts, one day India become leading technology based country. Engineer’s day is also celebrated to salute the spirit of the engineers. The best structures in which to ride out an earthquake are planned not to stand up strictly but to consume the energy of earthquake by yielding gently while the earth moves—in the same way a willow tree moves with the wind instead of standing up to it strictly. 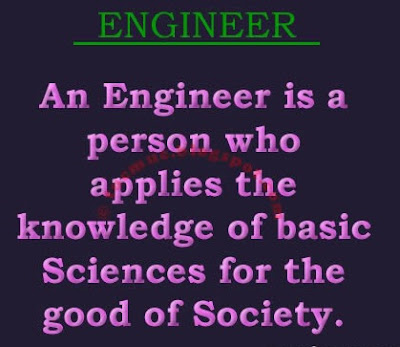 Centuries ago people who sacrificed their sleep, food, laughter & other joys of life were called “SAINTS”
Now they are called ENGINEERS…
HAPPY ENGINEERS DAY

Engineering is the professional art of applying science to the optimum conversion of natural resources to the benefit of man.

Business is not just doing deals; business is having great products, doing great engineering, and providing tremendous service to customers. Finally, business is a cobweb of human relationships.

Engineering is an activity other than purely manual and physical work which brings about the utilization of the materials and laws of nature for the good of humanity. 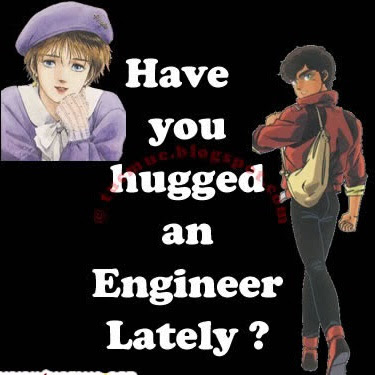