On 28th May, 2010 The Bharatiya Janata Party (BJP) alleged that money has changed hands in the contractual recruitment of drivers and conductors in Delhi Transport Corporation (DTC). An inquiry was demanded into the reports of widespread corruption in the recruitment process by Leader of Opposition Vijay Kumar Malhotra through a letter to the Lieutenant Governor. 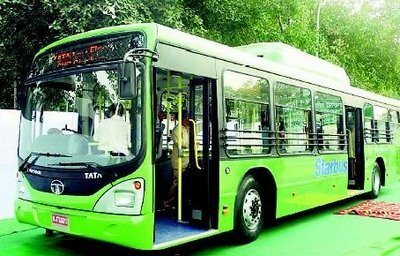 DTC received complaints that its officers promising jobs to applicants in place of money because of this reason Malhotra alleged the DTC has cancelled the recruitment of conductors. The Commonwealth Games decides to run about 6,000-odd buses but there is short of staff, so under the contract system, the DTC had advertised to hire 5,000 drivers and 5,000 conductors.

Delhi Transport Minister Arvinder Singh Lovely, however, said the reports of corruption are wrong. Lovely said, “We have not received any complaints of corruption. If the Leader of Opposition has received any, he should bring it to our notice.” He also added, “We have not cancelled the recruitment process. We are waiting for the Delhi state selection board’s list of how many conductors they are giving us. We will hire the remaining conductors on contract”.