You are here: Home / Health / Zestra product ads for sexual arousal hit in US

Zestra product ads for sexual arousal hit in US

Nowadays ads for Zestra, a female arousal product that designed to enhance sexual arousal for women, have been hitting a glass ceiling. The Zestra commercial is “pretty tame: middle-age women discussing how they feel less than amorous”, according to the Times. 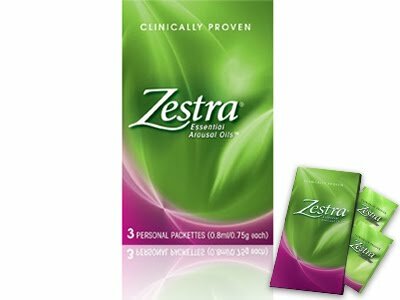 Zestra is a topical blend of botanical oils. It is a hormone free and non-prescription drug. The ad is a little bit amusing but it looks like a legit product, and it’s positively a good cause. It is always gauche when commercials try to evoke sexual excitement. Such ads for Zestra are “meeting resistance from TV networks, national cable stations, radio stations, and even Web sites like Facebook and WebMD.”

The ad utilizes direct sexual language like “arousal” and “sex life”. About 100 TV networks, national cable stations, radio stations, and even websites like Facebook and WebMD rejected to run a two-minute ad promoting the product. Only two channels Discovery Health and Soapnet Women’s Entertainment are the ones comfortable acknowledging the existence of female sexual desire. The other networks had said to air it only in the middle of the night- the same time slots those weird Extenze commercials play.

Those pills are for a recognized medical condition and there is (technically) no medically equivalent condition for females. Technically, then, it’s not a double standard. Braun Scherl commented, “There’s a double standard when it comes to society’s comfort level with female sexual health and enjoyment”.

“Double standards abound when it comes to advertising anything having to do with our private parts. Commercials for erectile dysfunction products, which discuss not only sex but the hydraulic processes involved in having sex have played during major venues like the Super Bowl. They boldly tout male sexual pleasure as a commodity: an erection in a bottle,” commented by Robert J. Thompson, professor of television and popular culture at Syracuse University.

However, Zestra “places female pleasure first, and even seems to suggest that this pleasure can be had with or without the presence of a man,” concludes Thompson, referring to the ad’s male-free presence and user testimonials such as, “It works so well, when I think about it, it even makes me want to go home and use it now.”

Zestra sales are moving up stealthily. Also, US talk shows hosted by Dr. Oz, Rachael Ray and Tyra Banks have all featured the product.