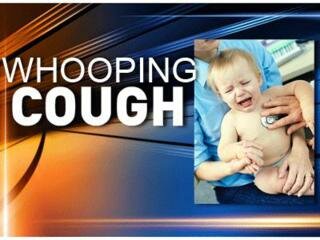 15 cases of whoopping cough have been confirmed in Panhandle since mid-December in Kootenai County and so the Panhandle Health District is warning. This year, five infants, all under 3 months old, have died of whooping cough and hundreds of other nonfatal cases have been reported in California. Due to this, the state Department of Public Health has declared whoopping cough as an epidemic of the highly contagious disease for the first time since 1958.

County communicable diseases specialist Barbara Cole said, “This is not a reason to panic, but it is a reason for increased awareness by our medical community and the public. People need to take the appropriate steps to protect themselves.”

“If the cough is getting worse and lasting longer than two weeks, they should contact a doctor,” said the district’s Randi Lustig.

Whooping Cough is respiratory tract infection which is caused by bacteria that is spread during uncontrollable coughing spells. Pertussis is easily diagnosed by severe coughing spells that can cause vomiting and lack of breath. If it is not treated, it can lead to pneumonia, seizures, encephalitis, and in babies less than 1 year old and death may also occur. Early signs of whooping cough are similar to a cold but it lasts as long as six weeks, with the cough developing into a “whooping” sound that gives the disease its name.

Generally, it starts with a runny nose, with a cough quickly taking over. For up to three weeks, people are contagious. Doctor-prescribed antibiotics can help to kill the infection. Children who have disease require staying at home until they have completed five days of antibiotics. The health district offers a whooping cough booster vaccination for anyone 11 or older.

Common symptoms of whooping cough are similar to those of a cold or flu during first stage.

Whooping cough symptoms stick around unlike a cold and the symptoms get worse with in two weeks.

Whooping cough attacks occur more recurrently at night, with an average of 15 attacks during a 24-hour period. During this stage, symptoms generally last for 1 to 6 weeks but can last for up to 10 weeks.

In this stage, symptoms may steadily improve, frequently disappearing within 2 to 3 weeks. But, fits of coughing often come back with other respiratory infections for many months after the whooping cough symptoms improve.