McNeil Consumer Healthcare has recalled its products for the ninth time in current year 2010 because of Musty Odor Found.

On 18th October, more than 40 over-the-counter pain, fever, and allergy medications were recalled by McNeil Consumer Healthcare. Certain forms of Tylenol, Motrin, Benadryl, and Zyrtec were included in this recall. The main reason behind Tylenol recall was moldy odor which comes from the product. Almost 128,000 bottles of Tylenol 8-hour caplets have been voluntarily recalled of Tylenol for the second time. 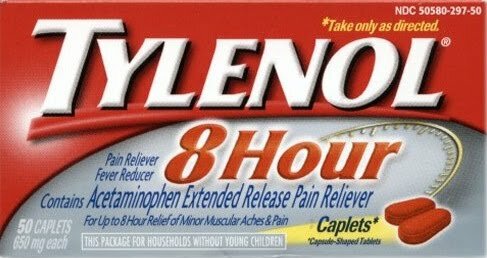 Consumers of United State and Puerto Rico have been complained about moldy odor in the product. BCM155 is lot number of recalled Tylenol with bar code No. 3 0045-0297-51 8. “We’re continuing to investigate it,” says a spokesman for McNeil Consumer Healthcare, Mark Boston, the Johnson & Johnson unit that produced the Tylenol. He also added that the company thinks the new complaints which are linked to packaging components that were used in the production of the lot.

This is not first time that the J&J has recalled tens of millions of bottles of Tylenol and other consumer medicines. Many customers have complaint about a musty or moldy odor in the product last year. Another reason have been found higher concentrations of ingredients, because of this, the medications were being recalled.

In some medications, higher concentrations of ingredients are included so they are being recalled. As per McNeil Consumer Healthcare, some of the medications ‘may contain inactive ingredients that may not meet internal testing requirements’ or ‘may contain tiny particles’. The products which are made with this raw material were contaminated with bacteria. But there were no bacteria were found in the finished products.

A limited number of Tylenol arthritis caplets were recalled by the company after months of consumer complaints in November 2009. The rest of the press release reads, “McNeil is taking this action following a small number of complaints of a musty or moldy odor.” The smell of a chemical, 2, 4, 6-tribromoanisole that is used in wooden pallets involved in the storage and transportation of the product at the company’s Las Piedras facility in Puerto Rico a month ago. Thus in December, more lots of Tylenol were recalled by McNeil and in January 2010, expanded the recall again.

List of recalled over-the-counter medications for infants and children: